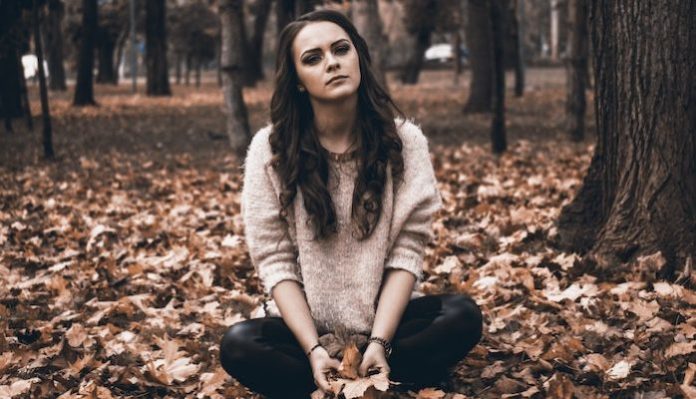 When it comes to seeing someone romantically but not actually being officially a couple, women don’t feel entitled to be upset when the relationship’ ends. After all, they never really had him. But that notion is wrong. In fact, you’re even more entitled to feel the way you do. You get to be upset.

You are allowed to hate him for choosing someone else when he said he wasn’t ready to date.

He made you feel like a second choice, not a priority. It doesn’t matter if he belonged to you or not, he still gave you hope that the potential was there. And because of that, you are entitled to your feelings and being true to yourself about how you feel.

Your heart is allowed to sink when you see a picture of him and his new girlfriend.

Or when you see he’s unfollowed you. If your body goes numb and your thumbs feel too weak to hold your phone, it’s normal. That feeling of hurt, frustration, and disapproval is totally valid.

Your eyes are allowed to feel heavy from all the tears that they’ve cried.

It could be from being rejected again, seeing him move on, or realizing he’ll never like you back. And no matter how many tears you feel like you’ve wasted, you haven’t. You need to heal the best way that works for you.

You’re allowed to be jealous when you see him in pictures with his friends or his new girl.

He looks good and you know it even though you won’t say it out loud. That same pain of jealousy will probably be similar to how it felt hearing stories about a girl he slept with before you or the look he’d give other girls in public. He doesn’t belong to you, but you still partly want him anyway.

Your body is allowed to feel self-conscious when he doesn’t like the Instagram photo you spent two hours taking and three hours deciding on in the group chat.

You put in so much effort to get his attention and he snubbed you. It hurts like when he didn’t notice how much effort you put in when you saw him or the rude little remarks he’d make about your eyebrows or laugh lines.

You’re allowed to be pissed at him for canceling plans or taking too long to reply.

You can be pissed all you want at him for letting you get dressed up only to be let down. He never knows how much you’d cry over those last-minute disappointments nor will he ever again. You are entitled to feel neglected and snubbed off.

You’re allowed to be annoyed when he doesn’t understand your hints.

You can be as obvious as you want and he still won’t get it. Does he understand your intentions? Did he ever? Did he even want to know what you meant? The questions are nonstop and who knows if you’ll ever get an answer.

Your head is allowed to hurt when you remember the twisted personality he had.

He was convincing in every possible way and you believed his actions and words despite the hesitation in your gut. How could someone be so believable and so cynical yet so sweet at the same time? It was confusing to endure.

Your stomach is allowed to feel sick every time you think of him and the memories you shared.

It may be the same icky feeling as when you’d get nervous for your first date or before you’d see him. And it’s allowed to be in knots thinking about everything that wasn’t said.

The point is, you’re allowed to care about him and what you had even if it wasn’t a real relationship. Your heart was invested in what you two had, and no one else can begin to justify when you felt and why you feel the way you do now.

You’re also allowed to wonder what could have been, what your life will be like in the future without him, feel stupid for even getting involved with him or even embarrassed for being upset about this as you are. You are allowed to feel the way you feel, and take your time to mourn the loss however you see fit, even if he never belonged to you. No one else can judge or say a thing.