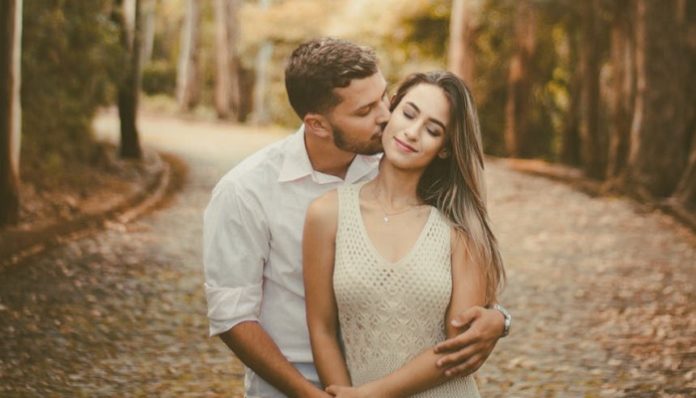 Figuring out how to get a guy to like you can be exhausting when playing games. You may want to find true love but have no idea how to make him want you or court you the way you think he should. Some women report feeling like they’re stuck in the role of chasing men to gain even a little interest and attention. What used to be seen affectionately as a game of cat and mouse now feels more like two people playing chicken.

Both men and women expect the other to take the lead and show their hand while keeping their cards close to the vest. Neither person invests much energy, so potentially deep connections are missed. No one is clear who’s chasing whom to find true love.

It used to be that a man pursued a woman he was romantically interested in, but in today’s society, with easy access to single men and women on social media and dating apps, many are faced with a so-called paradox of choice.

As explained in Barry Schwartz’s book The Paradox of Choice: Why More is Less, “choice overload can make you question the decisions you make before you even make them, it can set you up for unrealistically high expectations, and it can make you blame yourself for any failures. In the long run, this can lead to decision-making paralysis, anxiety, and perpetual stress.”

In the dating arena, the paradox you face is that with more options, you may be less likely to choose just one person, thinking to yourself, “Why should I settle when a better partner might be only one swipe away?’

Indeed, people’s expectations have also gotten higher, though having high expectations for a mate is not new.

Women who grew up watching Disney movies and romantic films like The Notebook expect men to pursue them gallantly. In their mind, if a man wants to be with them, he will slay a dragon, build them a house, and write them a letter every single day.

Chasing men is not most women’s idea of the role they want to play, nor is it what they think romance looks like.

But what happens when reality doesn’t match the fantasy? In today’s more casual society, men are less likely to wine and dine a woman they’re interested in. It’s not even called dating anymore. Instead, the new term ‘hanging out’ describes getting to know a person less formally.

With the loss of formal courtship, there’s much more ambiguity in pursuing true love. You start wondering, “Do I dress up to hang out? Does he pay for my Starbucks? How will I know he is romantically interested in me if he doesn’t pursue me?” While the process feels more casual, the truth is that people do still fall in love. The difference is that the courtship process doesn’t begin until after two people catch those “loving feelings.”

Two people fall in love, and then they decide to court each other.

That subtle yet not so subtle change has so many people confused. Traditional relationships are a thing of the past. Men want to feel desired and cherished as much as women do. Men have been outspoken about feeling like they are wasting time pursuing women who only want friendship.

The research on what makes for successful and happy marriages and long-term relationships shows that couples who share responsibilities more equally tend to be happier than those that don’t. This equality translates to most aspects of daily life, including household chores.

If ideal relationships thrive on more equal terms, this means that neither the man or woman should be chasing the other.

Both parties can find ways to connect, pursue, court, and explore what’s possible with a potential mate. So if you want to know how to make him want you, you need to stop chasing men and quit playing chicken once you find the one.

Here are the 5 best tips and pieces of dating advice on how to get a guy to like you and notice you with seeming desperate or playing games in your search for true love.

1. Give him the green light

Look for red flags, and men look for green lights. Make sure you are giving him a fair number of green lights on a date. This ensures you’re not playing games with him. While you may think you are obvious, many men are sensitive to rejection. Try to be warm and friendly if you are interested. Be direct and tell him you would like to see him again.

Instead of asking what he does for a living or what he does in his free time, ask him why he does what he does and why he finds meaning and value in things. You will find out so much more about his passion and values. First dates shouldn’t feel like an interview but rather an interesting exploration.

If you are too anxious, you will over-talk or shut down. Try to be calm and excited instead. Practice mindfulness meditation, exercise before your date, do deep breathing and calm down first.

Speak up about yourself and what you are looking for in a relationship with conviction. This shows you’re interested and not playing games. You can do this without overly boasting or bragging. Instead, talk about topics you love and that make you happy and strong about participating in.

And never forget, confidence is contagious and sexy. Time and again, men report that confident women are the most attractive to be around, and that’s a good thing.

Get personal and talk about what’s important to you. Don’t be afraid to say too much about yourself. When people share personal things, you are more likely to feel closer to them. On first dates, it was once the rule to stay away from controversial topics such as your ex, politics, or religion. While you should still avoid talking about your ex, go ahead and talk politics, religion, and your dreams.

Many people connect with potential love interests by having things in common and/or mutual life goals. For example, a shared interest in a cause or point of view can go a long way in conversation, allowing you to open up and practice the five steps above.

Remember that time is precious. Because of this, the first date matters.

If you don’t strike that proverbial cord with a date, your first meeting will certainly not lead to second ones if they are devoid of personal information.

At the end of an average date, you think, “Sure, I would go out with them again.” But now, you are also competing with new matches who may do a better job of engaging on a first date. That’s why it’s best to practice these five tips and learn from the process as you go. The more you do something, the better you’ll get at it — and as a result, you’ll find true love at last.

To be memorable, you need to stand out not to get lost in the sea of vanilla options. You don’t have time to waste. What forms a bond between two people is connecting on mutual topics, even if the topics are similar things two people hate.

If you are looking for someone with shared values and interests, it will be hard to find this without talking about meaningful topics. When you are vulnerable, there is no mistake that you are interesting and interested. While everyone wants chemistry, it’s often more complex than mere attraction.

One of the biggest worries women have in letting go of the pursuit fantasy is that if a man doesn’t chase her at the start, he never will. That he’s just playing games.

But is this true? No.

It’s often only the beginning of a relationship that is casual. As relationships become more serious over time and men catch feelings, it’s in their nature to want to provide, protect, and keep you. Men do still pursue women, but only after they know the feelings are mutual. A man wants to know that a connection is real and that he won’t be rejected. Once he does, he’ll feel free to invest.

The bottom line is chasing men or playing chicken doesn’t work. Dating is most fulfilling for both people when each person takes responsibility for their part in an authentic, vulnerable way instead of playing games. If you’re interested in someone, tell them. And if you’re not interested, say that. Good communication is less about the topics you choose to discuss and more about being comfortable in your own skin.

Now get focused, and make that special connection.