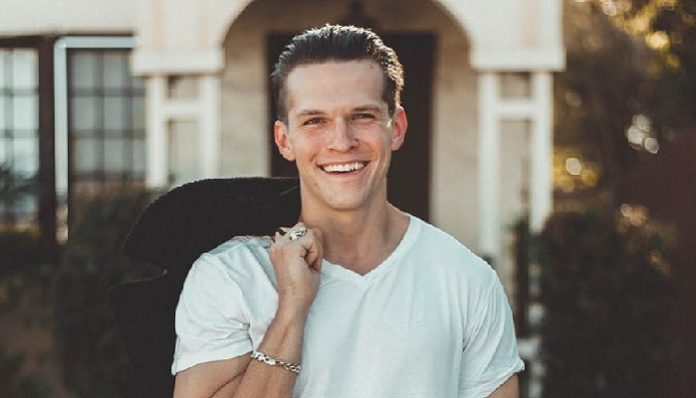 As a female, I can honestly admit that girls are weird. We have our own secret language, secret rules and regulations. We can be complicated and messy. We can be difficult and hard-headed. Yet, we are also one of the greatest creatures on earth.

Although we can be messy, the majority of girls all want the same thing, to be loved and respected. So I asked a few of my favorite girlfriends to admit the random things that they find irresistible about guys…

I don’t know if I will ever be able to explain what a really sharp chiseled jaw does to a female, but here’s my attempt. Something about it just makes the man look more sophisticated, distinguished and mature; it’s just hot.

Ke$ha gave a little insight into the minds of all women when she famously said “I like your beard.” But just being able to grow a beard isn’t enough, it must be well-kept and clean, or else you just look unsanitary.

4. “A guy who can take care of himself, and dress nice” – Andrea

Although being physically fit is always nice, having a good sense of style is even better. A guy who can dress well and takes care of himself is so much hotter than a guy that just throws on the first “decently” clean shirt he finds, regardless of what’s underneath.

5. “He has to be able to speak properly” – Cristina

We are all young, we all use slang and cuss, but when you are speaking to someone new just remember to try to be on your best behavior.

It’s been said in every fairytale since the beginning of time, Mr. TALL, dark, and handsome. Let’s just say there is a reason why tall, is the first adjective they use.

Call it maternal instinct or foreshadowing or whatever you want, but seeing a guy who is good with kids always just sparks something within a girl. It shows his sweet and sensitive side.

Scrubs, dress blues, fatigues, it doesn’t really matter what the uniform is, as long as it demands respect. Maybe it’s the concept that this man has ambition, respect for those around him, or that he is in favor of justice, but a man in uniform will always be attractive.

Suits are to women as lingerie is to men. There is literally nothing sexier.

The women of today are more driven and career focused than ever. They are looking for a partner, not a caretaker, or another responsibility. They want someone to enhance their natural abilities and cover them where they are weak, not be a weakness.

There is a reason why Jenna Dewan wifed up Channing Tatum so quickly after filming Step Up together. When a guy has rhythm and isn’t afraid to put himself out there, it’s hot. Whether he can actually sing and dance or he just fully embraces his lack of no rhythm, being comfortable with yourself is always a turn on.

12. ”The hands down sexiest thing a guy can do, is put in effort, no competition” – Every Girl Ever

When it comes to the ladies of today, we are hard-working, driven, and are more independent than ever before. We go to class, work, and internships everyday pursuing our passions and dreams. We have learned to put effort into the things that mean something to us and to release the things that don’t. You really want to get a girl’s attention? Put a little extra effort into her, go the extra mile, remember the little things, pay attention, show interest, put in the effort.

So there you go gentleman, a little peek into the mind of girls. Although these are things that are on most girl’s wish list, nothing can replace being kind, thoughtful, and supportive. Make a girl laugh and you’re halfway to her heart.

6 Products Every Traveler Needs In Their Suitcase