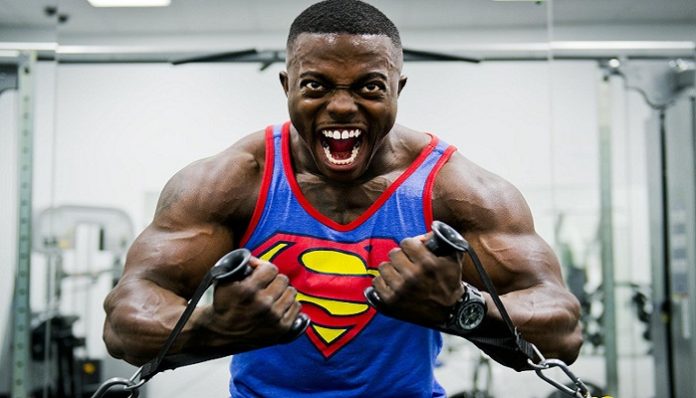 Let me start out by saying I respect women and empathize with the oppression, sexism and misogyny they face from their male counterparts. Sadly, women aren’t the only ones who hold stereotypes about guys (other guys do it too as a way to “protect their manhood”). These stereotypes are making it harder for guys to be themselves in public spaces in fear of being emasculated. I am personally affected by these stereotypes like a lot of other guys I know and I wish they would go away. I think once these unrealistic expectations about guys disappear that we will no longer hold unfair expectations for women.

Here are 5 unfair stereotypes about guys that I need to cease to exist:

1. Guys are supposed to be into/know about sports. I used to play little league sports as a kid up until junior high school. After that I really had no interest in playing and wanted to try performing arts (i.e. theater, choir, etc.). I never cared to watch or learn about sports, so I was always the odd-ball out during those conversations. It wasn’t until I met other guys interested in performing arts who also didn’t care for sports that I realized I wasn’t alone.

This is a stereotype that usually comes from other guys, but I’ve even had ladies approach me thinking I am the Bearer of Knowledge for all things sports. Do me a favor: The next time you’re at a bar and a game is on please don’t assume the guy next to you will be interested in it. If he’s anything like me, he’ll probably be there for the wings.

2. Guys should know how to dress, but not know too much about fashion; otherwise it’s “weird.” This stereotype KILLS me. Guys are expected to look suave and well put together, but somehow not know too much about the coordinating fashions. I’m sorry, you won’t catch me out in sweats and basketball shorts hanging off my a**. I pay attention to fashion trends and what things can and cannot go together. This doesn’t mean I want to sign up for Ru-Paul’s Drag Race. I just like to look good, dammit! When you grow up watching enough of TLC’s “What Not To Wear” you really learn what not to wear. I take interest in fashion and my appearance and that isn’t going to change. Sorry Not Sorry.

3. A guy who uses too many emojis is obviously girly. I didn’t realize using tiny cartoons to express emotions was girly. Guys have emotions too and they are not only displayed in the winky face or sexy face emojis. Sometimes, I’m feeling a little sassy and want to use the girl serving her hand emoji or the kissy lips emoji to show my affection. Maybe I am feeling like using the unicorn emoji. There is nothing wrong with guys using the unicorn emoji. Everybody likes unicorns, including guys. Sheesh!

4. Guys should not be at events that are filled with mostly girls. This makes no logical sense. Guys like girls = Guys go to places where there are lots of girls. I notice this a lot in the fitness classes I teach. I try to get male participants to join and they refuse because my classes are usually filled with girls. They feel like it’ll be a blow to their manhood being caught in a fitness class with 30 other girls. Where is the logic in that? You do realize that even if you aren’t the best looking guy all eyes will be on you because you are the best option in the room (besides me of course). It doesn’t make you any less of a dude, bro, or man to be in a fitness class with tons of ladies. Yoga pants…Hello!

5. A guy should never show his emotions. This. Is. Just. Stupid. Why should guys wear this perpetual poker-face in order to appear less vulnerable? Someone once told me that their is masculinity in stoicism. I’m calling bullsh*t! My manhood isn’t embedded in how well I can pretend not to care about issues that I really do care about. If this proves you’re a man then I want no part in it. I would rather wear my heart on my sleeve than be an emotionless pine.

What Her Favorite Sex Position Says About Her Personality

Why You Have To Be Grateful For Yourself