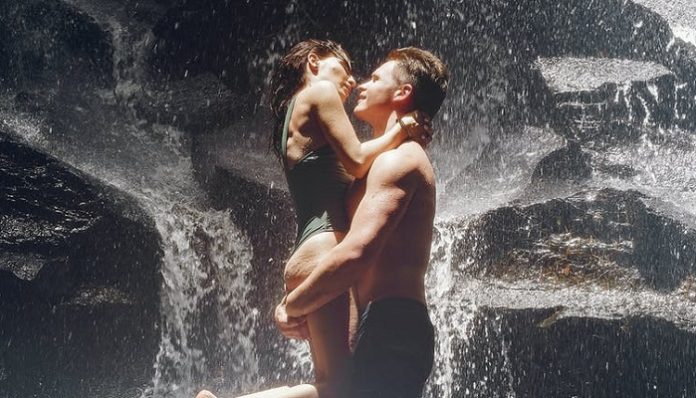 So you’ve been talking to the same kid for a few weeks now and you’re starting to think maybe things could go somewhere.

Imagine, you go over to his dorm to…wait…where’s the romance?

Where’s the big scene in the movie where the couple realizes they are meant to be together forever and ever…?

Here is a list of things that college kids often confuse as “romantic”:

Let’s set one thing straight right now; him swiping you into the dining hall that you both eat at 5 times a week is a nice gesture. Romantic? Hardly. He is eating with you and it isn’t even coming out of his own pocket.

So he commented on your Instagram, retweeted a few tweets, maybe liked your latest Facebook post. That’s nice. He probably helped you gain a few followers, maybe boosted your likes. But should it make your stomach fill with butterflies? No.

As sweet as cuddling on the couch and watching a movie sounds, we all know that isn’t how this night typically goes. Although yes there are absolutely ways to make “Netflix & Chill” into something more than just 20 minutes of a movie and then an hour of making out on his couch. The majority of the time, it is exactly what it sounds like: a booty call with a car chase in the background.

For the record, the majority of people receive money from their parents in college. Yes, a lot of students work and have their own money, but the day-to-day life of a typical college student is still largely funded by their parents. So if they pay for your Uber late that night or early the next morning, it’s simply their parents saying “get home safe” and “thank god I don’t have to walk you home.” Now, if he texts you to make sure you got home safe, that’s another story.

Now, credit where credit is due, if he is putting you on Snapchat and openly calling you his girlfriend or his boo thang then he gets points. But if he is just putting you on there along with a huge group of other people, you’re not that special. It’s snapchat, not Tom Cruise jumping on Oprah’s couch.

So, you’ve been talking to this new person for a week now, it’s Friday afternoon around 5:30 and you suddenly get a text from them talking about a party that their friends are throwing. Naturally, you feel flattered; they invited me, how thoughtful. Just wait until you walk into the room packed with sweaty, tipsy college kids; you won’t feel so fortunate.

So you guys jump in an Uber and all the sudden you get a giant craving for McDonald’s.  At the drive thru, he says,  “I’ll pay for her.” Your heart stops. He is going to pay for me, the whole 5 bucks! This must be love! Once again ladies, a nice gesture, extremely nice, but hardly romantic. It’s not a five course meal, and McDonald’s might not even be your favorite fast food restaurant. Now, if he surprises you after a long stressful day with a McFlurry, without being asked, then marry him.

College is all about falling in love; with your major, your best friends, your campus, your first apartment, your first job, you first “real” relationship. Just try to remember to fall in love with the real romantic moments in life, not the convenient ones.

6 Ways To Help Your Partner Overcome Insecurity In The Bedroom

What You Should Take With You If You Have To Evacuate...