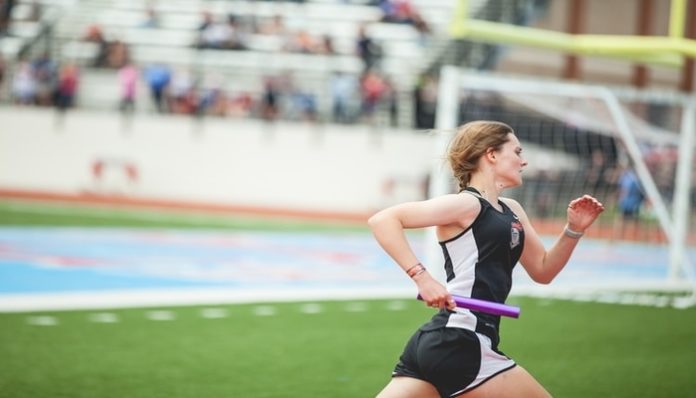 Texas has joined a list of 30 states considering banning transgender girls from participating in sports that are consistent with their gender identity while governors in Mississippi, Arkansas, and Tennessee are already signing these bills into law.

The proliferation of anti-trans sports laws pushed the NCAA to issue a statement expressing their support for the inclusion of transgender athletes in sports and warning lawmakers that their policies could result in a loss of championship events.

The debate itself exposes just how misinformed lawmakers are about the reality of female sports.

Some states use these arguments about perceived advantages that transgender athletes have over cisgender competitors to justify transphobia.

Figures suggest that just 0.6% of adults and 0.7% of youths in the U.S. identify as transgender, but in 2021 alone, lawmakers have introduced more than 80 bills that obstruct their lives.

There is no compelling proof that trans women athletes have an advantage over cisgender women in sports.

However, there is no evidence to show that transgender women winning sports competitions at disproportionately high rates.

We do know that men have, on average, a performance advantage of about 10% to 12% over women in athletics, which many believe to involve testosterone levels but may also relate to social factors.

At this point, there is little to no scientific evidence that transgender athletes have any advantage over cisgender women. Therefore, the entire conversation about testosterone is a Pandora’s box of unanswered questions.

All of the arguments against including transgender women in sports negate disadvantages that these athletes overcome in order to compete.

22% of transgender women who came out in high school were harassed so badly they had to leave school. Another 10% were kicked out altogether.

This additional struggle makes it difficult for transgender girls to compete at high levels on sports teams.

Transgender people face poverty and homelessness at disproportionately high rates, which makes it challenging or even impossible for them to fund their athletic training and purchase necessary equipment.

Andraya Yearwood, a transgender high school athlete, states, “One high jumper could be taller and have longer legs than another, but the other could have perfect form and… do better. One sprinter could have parents who spend [a lot of] money on personal training for their child, which in turn, would cause that child to run faster.”

“Equality” in sports has become a disguise for transphobia.

The fight for “equality” in women’s sports unfairly justifies transphobia.

However, transgender girls and women aren’t a threat to sports programs. The real threat is the restrictive norms that lawmakers cling to in order to maintain control. These anti-transgender bills reek of discrimination that lawmakers repackaged and falsely marketed as “equality” for female athletes.

Although lawmakers treat transgender women as a threat to women’s sports, the biggest issue at hand is the misinformed belief system and discrimination behind these laws. Once we remove the inaccurate gender definitions lawmakers use, female transgender athletes can finally be treated as equals.

Alice Kelly is a writer living in Brooklyn, New York. Catch her covering all things social justice, news, and entertainment. Keep up with her Twitter for more.

I Am A Writer, But I’m Not Responsible For Educating You