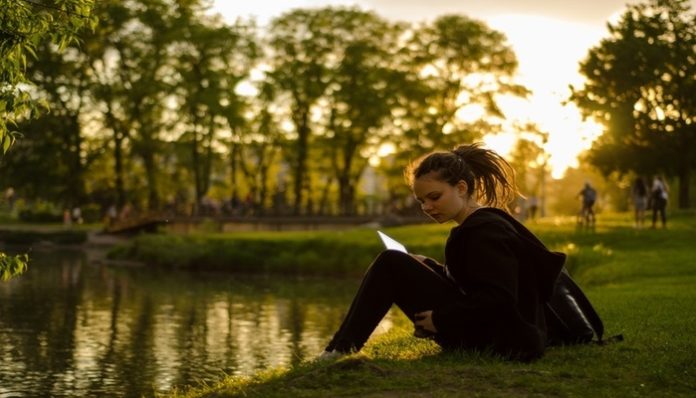 The day I arrived was a general disaster.

Just to make it to my college town, I had to travel between airports. I was in a foreign country, exhausted and alone – the definition of my worst nightmare. In addition to that, I over-celebrated with my friends the day before my flight which only worsened my well-being. Oh, the mistakes we make. It seemed as if Mother Nature knew of my tequila mishap and decided to grace England with uncommonly warm weather. At that moment, I wished for rain in spite of the fact that I hate anything cold.

Quite personally, calling my new home a “town” was an understatement – it was more of a Shire-type village. Nevertheless, I could only blame myself, as I did little to no research about my new home, which in retrospect, was one of the stupidest things I’ve ever (not) done.

Upon entering the premises, a wave of cold air burst through the door welcoming me. I inhaled deeply, trying to remain optimistic… but things only went downhill from there. Hidden spiders waited for me everywhere, and mold-covered certain parts of the bathroom that I’d rather not disclose. I chose to calm myself, repeating that student apartments are always a mess,and I’d adjust in time.

However, it wasn’t just the environment that gave me goosebumps.

I wasn’t afraid of being alone; I’d been in that position frequently in the previous year. The idea of coping on my own didn’t scare me, nor did the ever-present doubt that maybe my major (and ultimately, my career choice) was a mistake.

It was also my choice. The choice I’d quite hastily made simply because all of my friends were making the same one. The idea that studying and receiving your bachelor’s degree was the only way one could prosper in today’s day and age. This whole idea terrified me, but not in an exciting way.  Each and every day, I slowly started to regret my decision to attend this college.

What I really feared was feeling out of place.

That made me curl up on my makeshift bed, covered in all my clothes, and cry for the whole night. In that moment, I realized that college was not the place for me. Spending three (or more) years writing assignments, pretending to enjoy drinking with a bunch of barely-turned-legal students, and acting like I was having the time of my life just wasn’t my dream. Considering that all that “fun” came with a price tag: my sanity and £40,000. I chose to pack all my belongings and hand in my resignation letter.

Looking back, leaving college was one of the best decisions I’ve ever made.

I somehow survived a total of thirty hours in college. After that, I waited for a delayed, overcrowded commercial flight, all the while feeling tired, exhausted and sweaty, but also feeling the happiest I’d been in months.

Attending university or college can sometimes be the only way to reach your dream career. If you want to be a lawyer, doctor, or engineer, there aren’t many other paths you can take to achieve the same results (although don’t quote me on this, I’m no engineer). However, for my creative career, university was only an option, not the necessity that I thought it to be.

For me, though, attending a university was merely an option, not a necessity at all. It was a stressful, tiring experience that brought me more stomach ulcers than career prospects or friends. For others, it can be a life-altering majestic experience that brings them closer to their end goal. Whether you graduate college or only stay a day, though, your choice is completely alright.

Some people say (and have said) that I should’ve given uni a proper shot.

That things only start falling into place after a few months. And to those people, I say, “Never in my life!” While I understand their point, I knew myself enough to be able to say that college would never be my cup of tea. University only made me anxious, even though society advertises it a life experience everybody should have. I think it’s important for everyone to know that it isn’t so for everyone out there.

Since I resigned, I’ve spent a year abroad.

I’ve worked and expanded my creative portfolio in various exciting ways that I wouldn’t have if I had chosen to work towards a bachelor’s degree that I would eventually use as a wall decoration. I’ve travelled and networked with people who are working on the same projects that I am. My career and personal life has never been better. I’ve educated myself in my chosen field, but that time, I made a conscious decision regarding the way I was going to do it. I’ve learned a great deal in my chosen field and grown as an artist and human being… all without obtaining any fancy degree that would only make people consider me some sort of a scholar.

Don’t get me wrong, I truly believe university study can be a wonderful thing and some will find it worthwhile. After two years, I’ve also decided to finally get a bachelor’s degree, but in a completely different field in order to pursue something I’m deeply interested in rather than prove to others that I’m an educated academic. However, I still want people like me to know that fancy, expensive piece of paper is not essential to a happy, rich life. That happy life of your dreams is still possible without earning a glamorous degree. You just need to know what’s best for yourself.