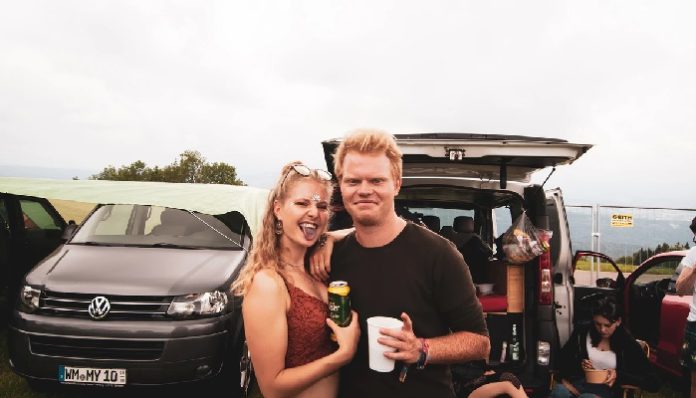 Things may be going great in your new relationship, but there’s still one hurdle that you’re going to have to get  over pretty soon. Winning over their guy friends. How do you make them like you? There has to be some trick to ensuring the first meeting goes smoothly and that you don’t completely embarrass yourself. While there is not exactly a magic formula to make anyone like you, if you are a somewhat social, somewhat likeable human, you’ve got yourself a good shot. Here are  a few tips to ensure you hit it off with the guys on the first meeting:

1. Don’t try to be something you’re not, they’ll definitely see through this.

Trying to pretend to love baseball when you know nothing about it, is probably one of the most cliché, awful things you could do. You would hate it if someone tried so hard to impress you that they just went along and agreed with everything you said, so don’t do it to someone else. Nobody is going to criticize you if you haven’t seen the entire Star Wars series and you’ll be more likeable if you’re able to admit your flaws. Not to mention, you should never change who you are for anybody (but that was common knowledge, right?)

Search for conversation starters where you do genuinely have things in common. Are they drinking your favorite brand of beer? Did you both laugh at a weird commercial? Maybe it’s the simple fact that you used to be a part of a completely nerdy bowling league growing up and you had to add-on to their story. Be honest, be true and if there’s no common ground, don’t force it

Be the girl that encourages boys nights and knows the importance of time apart. One thing that’ll set the bros off right away, is if you’re too clingy. No PDA when hanging with his friends; prove to them you can be just another one of the guys as well!

4. Get close to the girls of the group.

Getting along with girls should come a bit easier to you, simply for the fact that you’re more likely to have common ground, and they’ve all probably faced a similar experience before. Picking up on social cues with the chicks will help you understand what it is that those guys like about that group of girls, and then you can see where you fit in!

If it’s feeling like you have nothing in common and don’t have anything to add to the conversation, ask questions! Not having an opinion on something isn’t an excuse to sit quietly and awkwardly in the corner. Let them teach you a thing or two about the game that’s on, or the video game they’re  playing. Showing interest goes a long way and also proves you’re a good listener, which is valued for both friendship and relationships. It’s a double whammy.

6. Make them laugh – or just laugh along with them.

If the moment rises to crack a good joke, definitely go for it; making his friends laugh shows confidence. But never make mean jokes about your S.O. even if it’s all in good nature. They’re never going to want to hear anyone badmouthing their friend, just like you would be protective of your friends. So no matter how funny or innocent, leave the chirps aside for this round.

Don’t worry if things don’t go well, it’s not the end of your relationship, and the first meet can be pretty intimidating. If you follow the number one rule and be yourself, his friends will like you too. You are dating their bro after all, that is a massive one up.