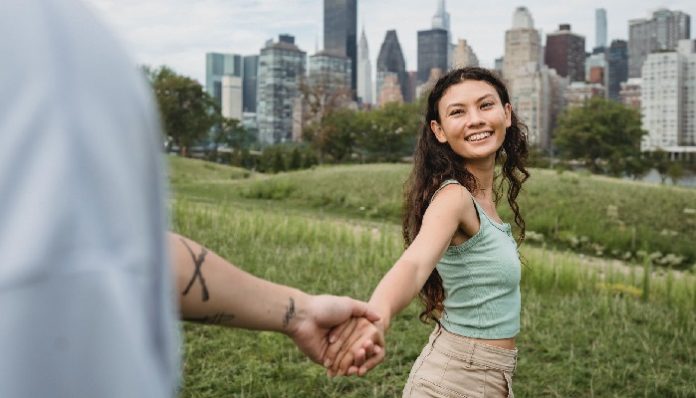 You know those situations where you tell yourself that things are going well when they really aren’t? Yeah. Well, that’s kind of how it is when you’re dating somebody who once cared a lot about you but something changed along the way. The most tempting thing to do when you realize that your relationship is failing because of your partner’s lack of effort is to deny it. Hard. Which is what I did.

It was embarrassingly obvious that I didn’t mean as much to him as I used to. He started putting everything before me and when I confronted him about it, he would try to convince me that it was reasonable to never make time for me. It got to a point where we wouldn’t see each other unless I asked, and I was constantly wondering why he didn’t care enough to make plans.

Then things really started to get to me. Him distancing himself only made me try harder. I started to hate who I had become. Not only was I the only one putting in the effort, but I had become the clingy girlfriend, a state that neither of us liked.

The confusing part about all of this was, despite his complete lack of effort, the way he acted when we were together made it seem like everything was fine. I kept telling myself that we were good because he still told me he loved me and didn’t want anyone else to have me. I was blinded by how comfortable I was; what we used to have was keeping me optimistic.

But I had lost myself. In all other aspects of my life I was a strong-headed, opinionated, take-no-shit kind of person. When it came to him, I was weak. I felt so helpless in my battle between the fear of losing him and the realization that this may not all be worth it. For the first time, he forced me to see myself without him.

In theory, this story does not have an empowering ending. I had worked up the courage to tell him how I was feeling, and essentially, gave him an ultimatum. After what was basically me listening to him tell me that nothing was going to change, we decided to stay together because he promised he would try to try (as if that in itself wasn’t a red flag). After a month of him giving me all the reassurance I needed and more, he ended up breaking up with me. All of the feelings he had shown me but never once expressed were used as reasons for no longer wanting to be with me. After two and a half years together, he had waited until he was ready for the relationship to end instead of owning up to what he felt when I told him I was unhappy.

During the aftermath of my breakup, I had a chance to think about the things I should have considered before I decided to place my happiness solely in his hands. Here’s the takeaway: When it gets to the point where he can go on for an hour talking about his day but doesn’t even ask about yours, that’s a warning sign. If he acts shady and distant but denies all the accompanying feelings that go along with that, trust the actions instead of the words. When he’s completely stopped putting in effort, there is no point in hanging on to the fact that he still loves you. Even if it’s true.

Now that we aren’t together, I am realizing how stupid I must’ve looked. Without saying it, he was telling me that he no longer cared enough about me or the relationship to try. I looked past it because I was scared of losing something that I didn’t realize was already gone. Towards the end, I was certain that I loved him, but could no longer think of a single reason why. Fully knowing he had become selfish, I still hadn’t clued in that maybe I should start acting selfishly too.

That’s the problem with putting people above yourself, there is no guarantee that they will do the same. At some point you have to accept that the person whose feelings you valued over your own, is in a place where he is only capable of considering himself. I ended up losing what was holding me back from fully taking myself into account, and it turned out to be a positive thing. I’m realizing that I needed to go through this in order to recognize what I deserve. I am finally beginning to like myself again. In fact, I have a post-breakup glow.