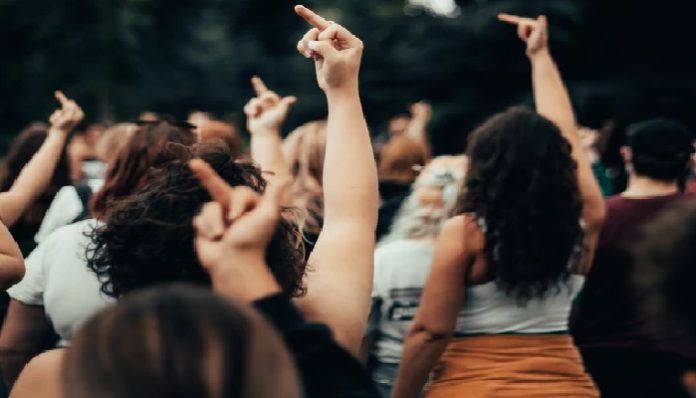 Let’s have a serious talk right now, we’ve probably wasted so much of our lives caring about unimportant things, stupid little stressors, and things we have no control over. So much time, energy, and stress unnecessarily wasted. There is so little of us to go around and so much out there that is worth caring about. Hopefully, by the time we reach an appropriate age, we figure out the things we can feel free to stop caring about. And if you’re still a little lost, I’ve made a list of 12 things you can stop giving a f*ck about:

1. Giving a f*ck about other people’s opinions.

Other people’s opinions, especially when they’re about you, should be arguable once you’ve made it to adulthood. It’s when you let the opinions of others dictate your life that your life becomes a cesspool of negativity and a total waste.

You broke up for a reason and that reason is probably somewhere between him being awful and him being the worst, so it’s your job not to give any f*cks about him or what that little crap bag might think of you.

4. Giving a f*ck about biting your tongue.

When you’re younger, you’re told to “bite your tongue”, it’s time to throw that concept to the wind and say f*ck that. If someone says or does something that pisses you off or disrespects you in any way, then speak up. Even if that person is your boss.

Some people are just plain bad for you. They can be horrific, toxic influences in our lives. You have no more f*cks to give them or what your life will be like without them – it won’t be a loss, that’s for damn sure.

6. Giving a f*ck about mistakes you make.

Your mistakes do not define you; they’re simply pieces in your life that have helped shape you into who you are. That’s all. Mistakes don’t hold you back, don’t open doors to judgement, or ruin your life. They’re just obstacles and not only do you not give a flying f*ck about them, but you’re practically grateful for them.

7. Giving a f*ck about fitting in.

Some people spend their whole lives trying to fit in only to realize that those who want to belong are just plain ol’ f*cking boring. Why would anyone want to be another sheep among millions of sheep. No thanks. Fly your freak flag proudly and roll solo.

8. Giving a f*ck about social media.

In some not so breaking news, social media is not real life. *Gasp* People liking your tweet or “unfriending” you on Facebook is not something to get your panties in a bunch – (if you’re even wearing any). In other words? Life your life offline and be damn f*cking happy doing it.

9. Giving a f*ck about having a “perfect” body.

You have the perfect body for YOU and that’s all that matters. Now reach for those nachos and glass of wine and let’s order another pizza, for f*ck’s sake.

10. Giving a f*ck about materialistic items.

Owning a Louis Vuitton bag, only wearing Chanel N°5 perfume, or only buying MAC makeup is not going to make you a better person. Also, who the f*ck would even know if that mascara is Dior or Maybelline?

11. Giving a f*ck about what you can’t control.

There will always be things that are way out of your control, and when you quit giving a f*ck about them you’ll finally feel free to live your life to the fullest.

In life, you need to pick and choose your battles. You need to decide what deserves your f*cks and what doesn’t. When you give a f*ck, give it 150%, when you don’t, also give it 150%. You should never half-ass anything, especially your f*cks.

At some point, you reach an age where you can’t possibly, even if you tried, give any less of a f*ck. You’re done with worrying about what others think, adhering to stupid ass rules created by stupid ass people, and you realize who you want in your corner and who you want banished forever. It’s not that you’ve become a major betch in your older years, but just that you’ve lived long enough to be f*cking over pretty much everything. In other words, you simply have no more f*cks to give. And if you ask me, that’s the best way to live your life.

To The Guy Who Changed Everything I Knew About Love