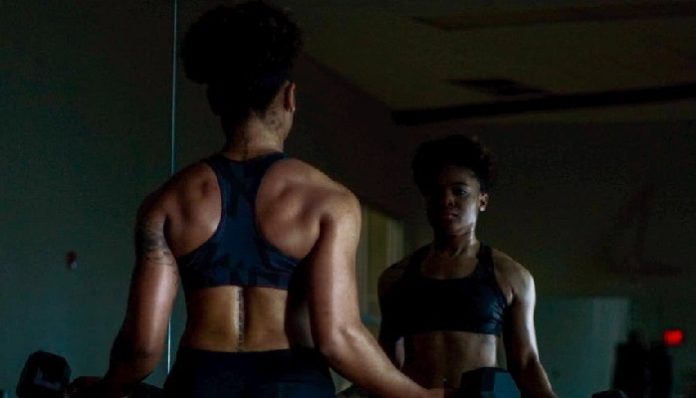 The sporty chick: the girl who will tackle your ass to the ground in a game of touch football, and then tell you to stay down, the one that joins your fantasy hockey league, and then kicks the shit out of everyone, taking the entire pot of money for herself; the one you bring home for the big game, and ends up dishing out more knowledge than anyone else watching. Women that are into sports have taken a large amount of shit, due to the fact that some assholes don’t believe that they can hold their own. When you decide to dismiss a woman who is interested in sports, you’re missing out on more than you think. Okay, let’s get straight to the point here:

a woman who is into sports is one of the biggest bonuses that a guy can ask for.

Seriously! You obviously know about guys going out with their buddies for beers and to watch the game. If there is a woman there that can hold her own with the sports knowledge, and have an understanding of the game, it creates an environment that is even more enjoyable to experience. Mainly because it’s cool to be able to chirp at someone other than the same buddies you’ve been chirping for years and secondly, because it brings in a viewpoint that we may have overlooked. A woman’s opinion towards sports is a rarity in most male social outings including beer and chicken wings. When it does end up presenting itself, it might be a good idea to take a listen, and not end up looking like a tool when she ends up being right.

If you are talking to, seeing, or even dating a girl who is into the same sports as you, how could this ever be seen as a negative thing? Falling in love with a girl with similar interests only means you’ll have something in common, something to provide friendly competition, for as long as you’re together. Nevertheless, if sports is a huge part of your life, and there is a woman who can appreciate the game and keep up, she is definitely worth keeping around.

Another huge positive about the sporty chick: THE BEACH! The beach is a place where you can have a few beers, work on that sick tan, throw around a football, or throw down some serious beach volleyball. If your volleyball match runs for an hour or two, and the girls aren’t playing with you, that’s a few solid hours you could have used to flirt around. However, the sporty chick will be right there next to you, probably talking some mad shit about the spike that you completely missed. It will also bring a level of jealousy to the guys who decided to leave their female friends at home so they could have a “serious” game of beach football.

Speaking of “serious” games, just say you are a part of a league team with your buddies. Picture this: you’re standing in the crease of your net, pads tightened, ready to rock, as a right-winger is breaking in on you, he dekes left, pulls back and fires it top left; you kick your pad out and make the most exaggerated glove save of your life. Your buddies lose their minds, the other team is deflated, you look to the stands and see your gal cheering you on; there is no greater feeling. This also gives you a chance to see her play in her league, and do the same thing for her (while making sure that you chirp the hell out of Susan on the other team because she keeps talking mad shit after the game!)

All in all, a woman who is into sports, in any way possible, is something to be appreciated, and accepted. So fellas, take that step and let her into your fantasy league, even at the risk of losing to a girl. Bring her to your game nights, and watch her drink more beer than you. Hell, invite her to your pickup game of hockey, and probably get schooled. At the end of the day, if you know a “Sporty-Chick”, it would be in your best interest to give her a chance. And it may just be the best decision you have ever made.