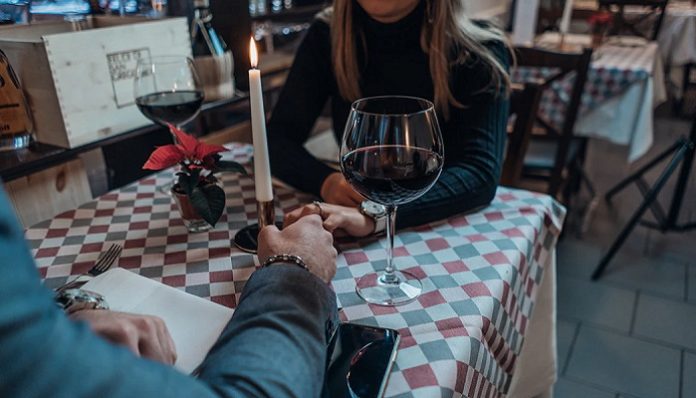 I have said it before and I will say it again. Dating is extremely difficult. Especially in this day and age where all the “single options” are right at your fingertips. Why waste your time trying to figure out if someone is interested in more than just a few dates when you can go on the internet to find someone else? Why bother making plans for the next week when their next option could be making plans with them as you type out that text? Why invest in someone who can be gone within the next right swipe of their finger?

The more that I put myself out there and go on dates, the more that I see I’m apparently doing it all wrong. To this generation of singles, I’m old-fashioned. I believe in dating one person at a time. Talking to only one gentleman to see if there could be some potential; putting all my eggs in one basket if you will and seeing if we can make a bomb ass brunch out of it or if I’m going to end up eating scrambled eggs alone with my dog watching reruns of The Office again. The problem with this way of dating is no one feels the need for it to be one-on-one anymore.

The other day I was talking to a gentleman whom I thought things were going well with. We were joking around about scheduling issues for a date and he said you must be busy with all these other guys. Me, throwing out a bit of honesty, said that I don’t like to “play the field”, I prefer talking to only one guy at a time. You would swear that opened the portal to the Upside Down (Stranger Things reference in case you didn’t catch that) and all of the strange honesty started to drop down on me. Not only did he say that he had been out with several ladies this month (including some that he had lined up this week on days that I had shot him down on), but hadn’t slept with all of them because he didn’t believe that was right if a spark wasn’t there. Well aren’t I the luckiest girl in the world and don’t I know how to pick ’em.

What happened to the days of dating where one guy dated one girl? (You can switch that around to whatever gender you prefer, but you know what I mean). I get dating is supposed to be light and fun, but where did the semi-seriousness to it all go? You know, the end-game potentially be a relationship? Nowadays it is more about the number of dates that you can go on and the number of nights you can spend out instead of the actual quality of the person that you are spending that time with. To some it is all about, “Who’s next?”

Settling down isn’t an option when you have a world of singles at your fingertips waiting to go on dates or to simply “bang it out”.

It is amazing to me. I can barely remember what I had for breakfast this morning, so how am I supposed to date multiple people and be able differentiate details about them? Do the people who “play the field” have charts and grafts to remember these types of things or do they just hope they get drunk enough that you won’t realize they called you by the wrong name?

Why is is so hard to focus your energy on one person at a time and see if it is worthwhile? It is as if all of the single people in the world developed ADHD the moment that their relationship status changed and they haven’t been able to turn it off. Again, I understand that dating is meant to be light and to figure out if you want to spend more time with that person, but what happened to just pumping the breaks and giving one person a chance. Whether it comes to actual long-term relationships or simply going on dates, the idea of a person having an interest in just one person is an astounding trait and extremely hard to come by.

A lesson to be learned: Try dating one person, and just one person, at a time, and seeing where that leads you. If “playing the field” hasn’t worked for you so far, why not try talking to one person at a time and see if something clicks better for you. I can promise you that you are going to have better results in finding someone long term rather than just jumping from person to person. If anything, you will gain a little more respect from the other person by putting all your eggs in one basket and be willing to branch out with them.

How Your Self Talk Is Getting In The Way Of Your...

Why You Should Never Stop Looking For The Good In People