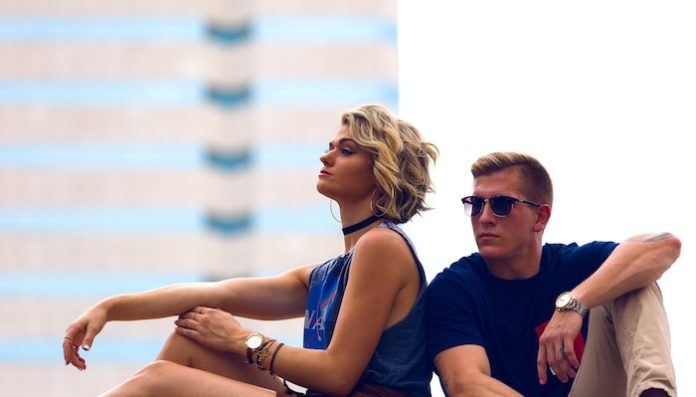 If there’s one phrase that I cannot stand that absolutely needs to die when dating is, “if you want.” Think about it, your texting with your boo, you really want to see them so you try slyly initiating a date night or cuddles, but you don’t want to seem too eager. You ask simply, “Do you want to get together tonight?” They hit you back with the “if you want.”

How does this term seem to you when you hear it? Because to me, it makes them sound like they aren’t really interested in seeing you but they don’t want to hurt your feelings and say no. So then you feel unwanted or uncomfortable and not really valued.

Then it leaves you feeling upset that you even asked because you feel slightly rejected.

It also makes you feel oddly guilty if you tell them you’re going over because what if deep down they really don’t want you over? It makes you feel unbelievably unwanted even if you are wanted and they just have a weird way of showing it.

Plus it oddly sounds like we are the second option. We overthink ourselves into thinking they don’t want to spend time with us because they say “if you want” to try and make it seem like they’d rather do something else but don’t want to hurt our feelings. It’s as if they mentally trick us into doubting ourselves to saying “no,” so they don’t have to do it.

Yes, they are putting the ball in our court, which sometimes isn’t a bad thing. But when it comes to wanting to spend time together we want to feel like we are wanted, not like your passive aggressively throwing us to the side because you want to do something more exciting than seeing us.

“If you want,” does not make you seem interested, it makes you sound like you just don’t care to make a decision. And it’s every woman’s biggest pet peeve.

Then some guys will argue, “I really do want you to come over if you want to though.” Well if you wanted to, why couldn’t you just say “Come over, I want to see you,” instead? Is it that difficult to be honest and show genuine interest? It makes us feel so much better about ourselves!

Women do not want to come across as clingy, so when we get told to come over if we want to and show up to a man who doesn’t seem that interested, in our minds it’ll come across as we are being clingy.

I’d rather be disappointed by hearing a “not tonight, I have an early rise tomorrow” or an “I have plans” than an “if you want” or an “up to you.” I rather literal rejection than the potential of an overthinking induced/ self-inflicted rejection or mind game.

This term is a freaking buzz kill and has the power to change your mind and your mood entirely. These 3 words are almost more damaging to our self-esteem than “I love you.” So men, do yourselves a favor and express your interest in seeing us or just say no and save us the mental debate and potential fight we may cause when we see you next about it. This term needs to die.

Photo by Gian Cescon on Unsplash

How You Can Support Transgender People And Still Hate Caitlyn Jenner