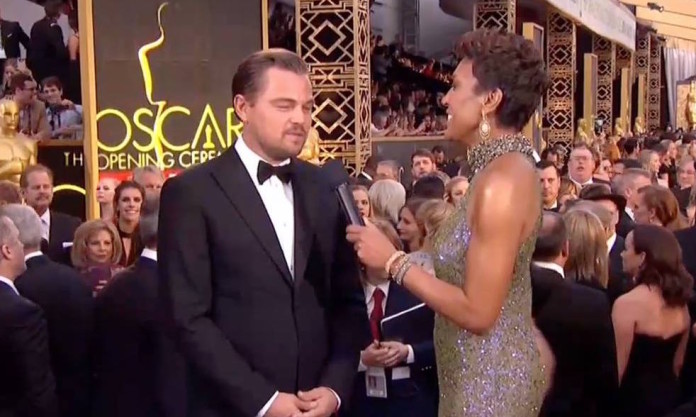 IT’S ABOUT DAMN TIME – LEONARDO DICAPRIO HAS FINALLY WON AN OSCAR. After years of memes, him “not caring”, and amazing performances – Leo has finally snatched the coveted Oscar for his performance in The Revenant.

And of course, ever gracious as he is. Here is a snippet of his acceptance speech:

“We’re thanking everyone from the onset of my career for casting in my first film … thank you to my parents where none of this would be possible without you, and my friends, you know who you are…climate change is real, it’s happening right now – it’s the most urgent threat facing our species. We need to work collectively together and stop procrastinating… let us not take this planet for granted, I do not take this night for granted.”

Love the man, hate the man, tweet nasty things about him, we don’t really care. We know that one thing is for certain, it’s about time that Leonardo DiCaprio got to give that glorious acceptance speech. Cheers to you Leo!

Featured Image Via screengrab of CTV

Written in Collaboration with Giuliana Guarna

7 Quotes From Paulo Coelho’s “The Alchemist” That Will Change Your...