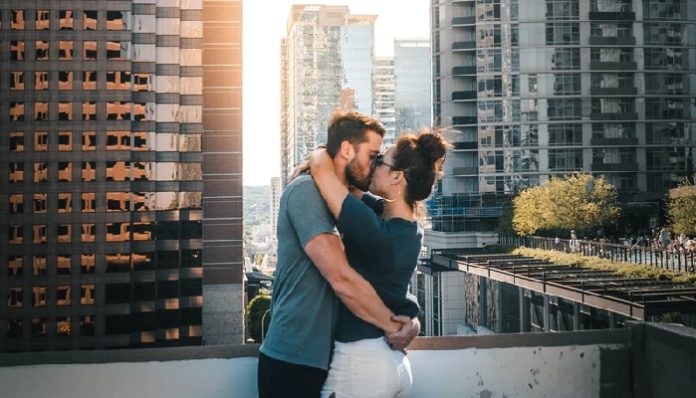 The honeymoon stage is a wonderful place to be; you’re in love and nothing your partner does annoys you. You’re in a state of constant bliss. It doesn’t matter that they leave the dishes in the sink, or that their feet always smell, or that they never shut the door when they poop. Because they’re perfect.

Eventually, the honeymoon stage ends. And the little things start to bother you. You start to passive aggressively tell them that you wish they would put their dishes in the dishwasher, or ask them why their feet always smell so bad, or beg them to please, just once, shut the door while they’re on the toilet because it makes you uncomfortable.

After the honeymoon stage, the little things matter. There were things that I took for granted in the beginning of my relationship, that now mean so much even though they’re minuscule, sometimes thoughtless, acts. Here’s a list of some of the little acts of love that can mean so much in a relationship.

A lot of people don’t like having their door opened for them, and that’s totally okay! For me, I don’t feel like having my door opened means a man is trying to say that I’m not a powerful woman. It means that he acknowledges that I don’t need him to open the door, but it’s a small service that really speaks volumes.

2. Doing the dishes/laundry/other boring chore while you’re at work

My husband and I both live very busy lives. We both work full-time, and in addition, I go to school full-time. Our household chores definitely tend to get neglected sometimes. It’s a somewhat trivial thing, but almost nothing makes me feel happier than coming home from a grueling day at work, to see that the dishes are done.

3. Holding hands in the car

When you’re in the earliest stages of your relationship, it feels like you can’t keep your hands off each other. Whenever you have a moment to be touching, even if it’s just holding hands in the car, it seems like an absolutely necessary act. Later down the road, however, that feeling lessens. Even though I always love being close to my husband, the urgency to always have physical contact has left. Holding hands in the car feels like a simple gesture that just shows they’re thinking of you and love you.

Listening is actually huge. When you fall out of the honeymoon stage, you no longer hang onto every sweet word that escapes their lips. You’re prone to look at your phone while they’re talking, or pay more attention to Netflix than their story. Sometimes, it’s important to remember that you love the sound of their voice more than the sound of that twenty kill streak on Call of Duty.

6. Spending time doing what the other one loves

I know that my husband doesn’t  necessarily love watching French films, but he does it because he  loves me and that’s what I want to do. I return the favor by playing Halo with him when we’re not tired enough to go to bed yet, even though I suck at Halo and the most kills I’ve ever gotten is 5.

I know I mentioned this earlier with the dishes, but sometimes, you ask your SO to do something because you can’t or have no time. At the end of a long day, I might ask my hubby to rub my back, because that’s not something I can do for myself. His gracious affirmation makes me feel comfortable asking him to help me with other things.

These are just a few of the countless little things you can do to show the person who means the most to you, how much you really value them. Although you can’t live in the honeymoon phase forever, you can continue treating them like the honeymoon never stopped in these 7 simple ways!