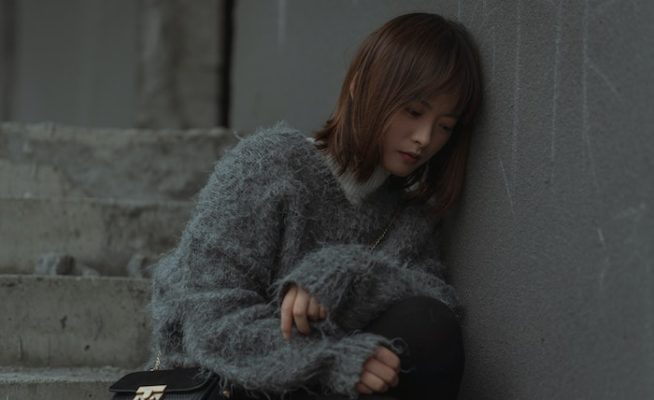 One of the worst feelings we experience as human beings is feeling “off” and not knowing why. It’s brutal to have to sit in the darkness and search for the light. Figuring out how you got into this position is hard. You don’t know what is going to solve your problem or how to feel balanced again. The only thing you know is you hate feeling this and wish it was different or that you could identify why you’re so emotional.

You are acting irrational as you get upset and frustrated with the people you love. You don’t understand why your behavior has become so nasty out of nowhere. You feel bad for being so snappy with everyone since they don’t deserve it, but you can’t help yourself. Your bad mood doesn’t change the fact that you’re being crazy. The guilt also sets in because you know they know something is up, and if they don’t, they just think you’re crazy. This is just another reminder that you’ve lost control of yourself and feel emotionally helpless.

It’s easy to spiral when you are feeling off.

It’s so damn easy to feel overwhelmed by what you’re experiencing that you start thinking about everything bad you’ve experienced. Then the emotions affiliated with those bad times build to your misery and deepen you in the hole you’ve been sitting in. And because of the spiraling, you can’t climb on top of it. You just get even more stuck and feel more of a wreck.

The loneliness affiliated with being off is also a silent killer to your mood. You push people away because you don’t know what to say to them. You don’t know how to explain what is going on inside your mind. There is no real reason for the mood swings. Communicating to people becomes draining. You just can’t pinpoint it,  even if you were offered a million dollars.

As women, we’re naturally deemed as overly emotional or sensitive.

This feeling of being off is more than that. Feeling unmotivated to do minor tasks such as put clothes into the laundry hamper. Feeling antisocial and lonely at the same time. 24/7 exhaustion even though you haven’t done anything in over a week. You feel overwhelmed, and nothing happened to trigger this..

It is normal to have these episodes. Everyone has had these problems at some point or another. If you fear judgement from others, just know they’ve been there too. And they’ve also felt those same conflicts about not knowing where this is stemming from and feeling awful about it. They will understand and give you space without judgement if that’s what you need, just like how they’ll be there if you need them to be.

One day you will wake up and feel a bit better. Or you’ll have a moment of bright light shine in randomly during your daily routine that will help that light break through. Then the next day, you’ll feel a bit of darkness break away. You may not get the answers you’ve been seeking to explain this sudden change, but you will get out of it. And you will come out of it strong and able to combat the darkness the next time it comes around.

Photo by Jack Dong on Unsplash