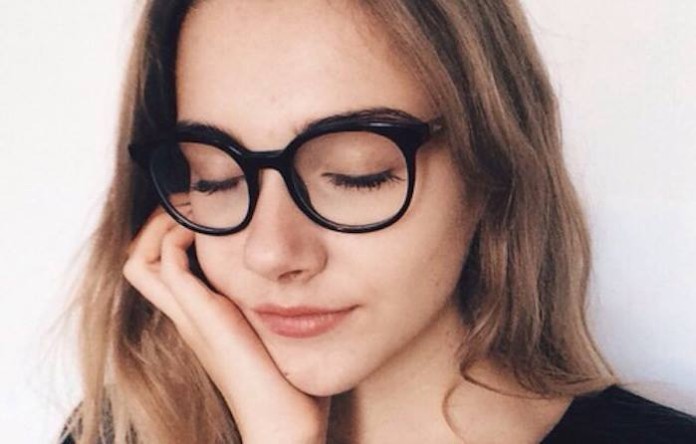 I have terrible eyes, something I didn’t truly discover until failing the eye test at the DMV when attempting to obtain my permit. Like every child in the US, throughout my education I received numerous eye exams. However, all those times I had unknowingly been cheating. Instead of opening my eyes fully, I would squint one eye a lot and the other slightly. The day in the DMV, I told myself I should open my eyes completely in order to receive the most accurate results. Those results being, I had to get glasses.

Other than the fact that receiving my permit was delayed, I was thrilled. I had always wanted glasses, thinking they looked cool. Similar to my unachieved childhood dream of getting braces. Initially I wore the glasses a lot, but over time I would forget them or temporarily lose them. After a couple of years, I stopped wearing them completely because of the nausea they induced and the feeling that they were making my eyes worse. I didn’t want to be dependent on anything. It’s been years since that fateful day in the DMV, and I still have my first pair of glasses. Now, I am so used to my bad eyes, that typically I don’t realize the effects. However, there are some situations that us bad-eyed-no-glasses kids just can’t avoid.

1. Appearing to be a nerd

Most people assume you are called a nerd when you wear glasses, but those who have bad eyes and don’t wear them may also be called one. This is because of the need to get as close as possible to whatever we are looking at. Front and center is where I will always be found in lectures alongside two of my friends: bad-eyed-Anya, and poor-hearing-Dave. We also ask the most questions since even up close, we may have no idea what is going on. I promise, I’m not trying to be teachers pet, I just want to have a fair chance at passing the class.

From afar, I guess we appear to be constantly angry. This is due to the chronic squinting face. Just like resting bitch-face, chronic squinting face is a natural position our face settles into when we are unable to see, which just happens to be 75% of the time. To others, it appears as if we are frowning…all the time. So the next time you see someone with poor vision looks remarkably pissed off at you, just understand that it’s not something you did, it’s just them having no idea what they are looking at.

This is one of the most common symptoms of deteriorating vision. Faces from afar are blurry, so when the blur waves in my direction, I automatically look around to see if anyone else is there. Because I am aware of my impairment, I now wait until I am about ten feet in front of the person before deciding whether to acknowledge them. This is actually worse than waving to a stranger because the other person has to stand waiting for a response as I approach with my frightening chronic squint face. I apologize now for any awkward future encounters.

4. Seeing things in the dark

The darker it gets outside, the more the world blurs together. I can’t count the number of times I have mistaken a trash can for a person, or a tree for a death eater. I have learned to keep my mouth shut in these situations until I am close enough to make a solid conclusion. But, when approaching the mysterious objects my heart beats a mile a minute. You have no idea how frightening these objects can look. If you see me hesitate when an inanimate object comes into our line of vision at night, maybe just save me those moments of utter fear and let me know what exactly we are looking at.

I hope I have clarified some thoughts you may have had about that girl sitting at the front of class, the friend who seems to always be pissed at you, or the reason your date ran away seemingly terrified the other night. It’s not you, it’s just an impairment that person has that you may be completely unaware exists. We apologize for any confusion we may have caused and hope our terrible eyes won’t scare you away.