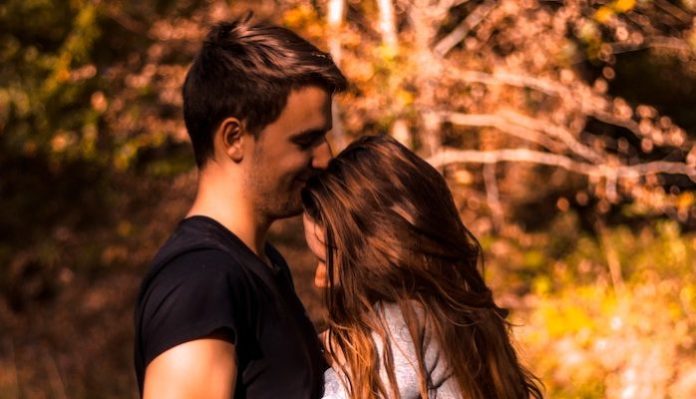 Dating is tricky — there’s no doubt about it. One of the most important parts of dating is making sure that both parties are on the same page. When I was in college, I dated a guy who I was madly in love with at the time. I wanted to spend the rest of my life with him. I was 18 years old and fresh outta high school, so I wanted to experience so many new things in life. And I knew I wanted to experience as much as I could with him. When fall came around, we left for college. During that time, we spent our time doing various things, such as attending shows, going zip-lining, and traveling. Then, came the curveball. With his first tax return ever, he bought an engagement ring and proposed to me. Of course, I said yes because, well, I was in love. We were on the same page for the most part. Except for one thing: He wanted marriage and kids while I wanted an education.

At that time, marriage and kids just weren’t in the cards for me as I was just starting to explore life. I didn’t want to start that chapter of my life at that moment, especially with a guy who was unable to keep a real job and had no stability at all. I knew I wanted marriage eventually, which is why I accepted his proposal. But I knew I didn’t want it right then and there. He expected me to follow his life plan and give up my choice of getting an education. In hindsight, I genuinely think he wanted me to work full time and support him and his lifestyle while raising his child. He wanted a marriage only to say that everything was “ours” when, in reality, I was the only one working on getting my life together.

Eventually, our relationship began to fall apart because we couldn’t get on the same page no matter what I did.

Soon after moving to attend college, he dropped out and moved back home. We managed to keep our relationship going for a few more years, but it turned extremely toxic. Over time, we started fighting more and more, saying things we would later regret. Still, we continued to push through. In 2017, I got my degree and finally agreed to plan our wedding. We spent months perfecting every detail, but he started to become distant. He began acting odd and wanted to see me less and less.

Ultimately, we called off our engagement altogether. In addition to all the toxicity in our relationship, his odd behavior made me realize that something wasn’t right. Shortly after we called off our engagement and ended our relationship, I found out he had been seeing someone else behind my back. At that time, their relationship was virtual, but as soon as we broke up, he flew her across the country to meet him. He found someone who was on the same page as he was, and that’s okay. I just wish he had said something sooner.

Looking back, my decision to follow my dreams and get my degree was absolutely the best thing for me.

At the end of the day, it’s okay if he’s ready for marriage and kids and you’re not. In time, you will be ready, and you’ll be on the same page with your partner. Or you will choose to part your ways. If it ends as mine did, you will be able to look back and see that you did the right thing for yourself. You have to make sure to live for yourself and accomplish your own goals before being ready to take that step. If you won’t, you will end up resenting your partner for making you give up your dreams. As long as you do what is right for you at the time, you won’t experience regret. And that’s extremely important.

Photo by Hannah Reding on Unsplash