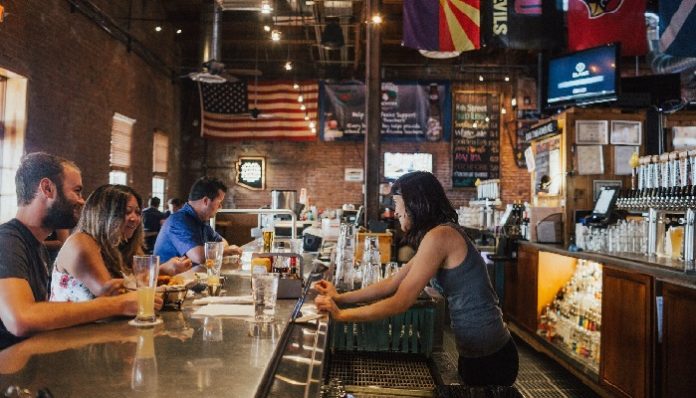 Going out with your friends, boyfriends, girlfriends or siblings can be tons of fun. The pre-drinking, the music, games, the laughter; it’s all quite compelling. You plan this epic night to go out downtown, so you get your best outfit on, spend a little extra time on your makeup and hair, have one too many drinks, and play unnecessarily loud music. There’s no doubt about it, that going out with your friends and blowing off some steam is more than tempting.

But how many times does your night go belly up and the plans you made just didn’t quite work out the way you planned? The drama that breaks out between friends or even boyfriend and girlfriends. The three cabs that just never showed up to take you to the bar. The line is tremendously long, and it’s freezing outside. It all gets to be a little too much.

I’m all for celebrating birthday’s or milestones, but just recently I have despised having to go out to the bar (just because), and here’s why:

No matter how hard I try, how much time I plan it never fails that I am always running late. I like to put some effort in before going out, so it takes me a little longer than most, but it seems a little ridiculous to be spending over an hour on hair and makeup for a drunk night out.

I always wake up the next morning, regretting how much money I spent, nevermind the line I stood in at the ATM to pull out more cash. And for what? A few extra $8 tequila shots?

I always seem to want a pizza, fries, burrito, absolutely anything greasy and I end up being mad at myself later for it. I wake up to the smell of my half eaten burrito next to me and just feel nauseous as hell.

There is bound to be the one dramatic girl in your group that has to have some attention that night. Whether it means her punching her boyfriend in the club or picking a fight with some dude.

This isn’t a free for all, don’t go around grabbing girl’s ass, then snicker to your friends about how hysterical it was. It’s disrespectful and immature.

Why I choose to wear the most uncomfortable shoes to the bar is beyond me. But thank gosh for my boyfriend because those piggy backs home are life saving.

You know when you wake up and can just tell it’s going to be that kind of day. Just staying in bed all day and eat whatever your body can handle. Chugging a Gatorade because you feel beyond dehydrated. It just wastes an entire day, when you could’ve been up and doing something more productive.

Going out once in a while can be a great time; celebrating an occasion with friends or just blowing off some steam. But going out comes with some “after math” consequences. In my experience, going to the bar isn’t worth all the baggage it comes with. The drama, the fights, the people throwing up, the expensive drinks becomes to be a little too much at times.

People (usually) go to the bar to have a few drinks, but also to meet someone new. Whether it mean to make a new girlfriend (drunk) in the washroom, or (let’s be honest) to have a quick hook up. There’s absolutely nothing wrong with that, but watching all of it take place, and see the guys hitting on the girls, overhearing the cheesiest pick-up lines, or worse, the “dirty talk”. I would most certainly rather spend my time at the movie theatre, playing mini putt, or even heading out to the local bowling alley. After all the shots poured, dollars spent, and nights forgotten…I have to say I’d rather stay in.

Featured image via ELEVATE on Pexels