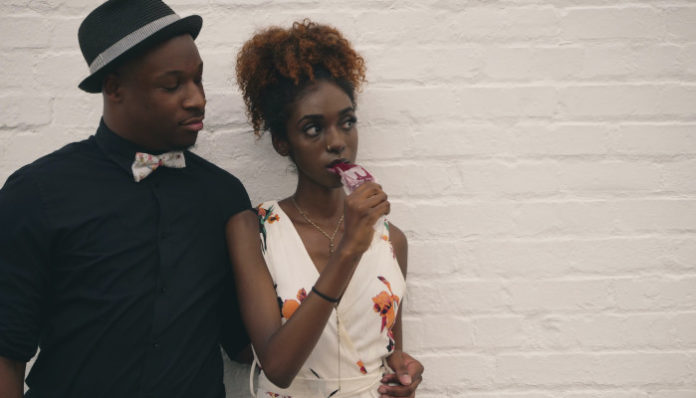 How many times do women have to explain that men shouldn’t say this? The word “female” is an adjective. Using this word as a noun, in place of proper words for female human beings like “woman,” “lady,” or “girl,”  is degrading and dehumanizing. When you refer to women as “females,” we just hear you objectifying us. You are reducing our entire being down to the one simple fact that we own vaginas.

We read this phrase as, “I like to say sexist, misogynistic, and homophobic things as “jokes.” And I just want to let you know up front so you don’t lose your mind when I inevitably offend you.”

Typically, the men who say this are just looking for women to replace their mothers. Sir, you’re a grown man, so can you cook? How have you nourished yourself the past ten years? If a woman isn’t a top chef, are you going to write her off? And if she can cook, is her “place” in the kitchen like a 60s housewife? To women, this question translates directly to, “I’m lazy and want a woman to take care of me, even though I’m old enough to care for myself.”

If you hear this as a non-white woman, it probably completely turns you off. What black women, in particular, hear when men say this is, “If I knock you up, will my hypothetical daughter still have those sexy Eurocentric features?” Men need to remember that the concept of “foreign” is completely subjective, and the idea of “exotic” is bogus.

This statement directly translates to, “I lack basic communication skills. I have an inability to grow as a person. I’m stubborn, and there’s a slim chance that we have anything in common. But I’m a nice guy, so none of that other stuff really matters.” The type of guy who says this probably also screams “This is why you can’t get a good man!” when a woman isn’t interested in him.

Translation: “I don’t like women correcting me when I’ve said or done something inappropriate.”

7. “You’re still single because you didn’t give me a chance.”

When guys say this, we actually hear, “I have lots of unattractive qualities, but if you’re desperate enough, you can still come ride this dick.” Men, you should know that every night when a woman curves you on social media, she would rather go to bed lonely than be with you.

We hear, “I’m a misogynist and like to pit women against each other for sport.”

Man up, and realize that backhanded compliments don’t count as compliments. Also, you’re a douche.

If I had a penny for every time a man told me that I need to smile, I’d be a billionaire by now.

Many men think that everything a woman does is for them. What we really hear when you tell us to smile more often is, “Smile at me because that means you want me.”

In other words, “I treated her terribly and I’m pretending the downfall of the relationship was her fault.” This completely foreshadows what you’re going to say about us if the relationship doesn’t work out. Trashing your ex is not only unattractive, but it also leads us to wonder what you did to lead to the demise of the relationship. Did she really have  “issues,” or did you play with her emotions and then gaslight her when she called you out?

If you’re a woman, you’re probably so stranger to hearing these sexist, derogatory comments from men on your dates. The next time you hear a man talk to you this way, walk away like the strong, proud woman you are.

6 Reasons You Should Always Be Learning

You Don’t Have To Share Every Detail Of Your Life With...