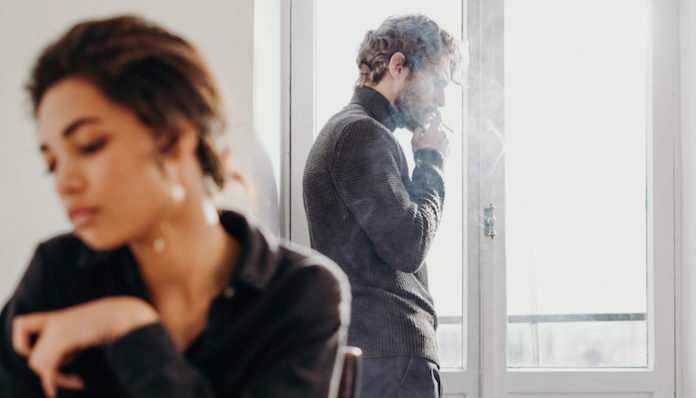 You’ll meet them on Tinder or Plenty-of-Fish. You’ll both swipe right, they’ll message you, and the rest is history. The two of you will hang out at a bar, Starbucks, or Tim Hortons, you’ll indulge in occasional fine dining and maybe even an ice cream or two once every two months. You’ll talk about the current status of your family life and the updates inside your social circles, and you’ll even mention a thing or two about your career and life decisions.

You’re certain they’re the one — you just know it. How could you be wrong when every ounce of their presence gives you butterflies? You’d make a great couple, and you’re sure of it. They like keeping things very casual, but that’s OK, you tell yourself. You’re almost in a relationship. Almost. Same interests, same age, and compatible astrological signs; you guys would be perfect.

Or so you think.

As the months pass, you’ll remember that feeling of excitement whenever you’d see their car parked in front of your house, only to second-guess your feelings for them by the end of the night. You’ll wonder, “Where do I stand with you?”, “How long could I continue this cycle of disrespect, not only toward my body but also toward who I was?”, “I thought we were almost there?”.

You’ll remember all the nights you spent with him. You’ll remember confessing every ounce of your feelings to him, and how he told you to just chill. He said you couldn’t possibly be catching feelings for him because you’re just “friends.” He took away your ability to validate how you feel and turned it into the blame-it-on-the-lady game.

He’ll make you believe how crude and unnecessary it was to be looking for a genuine relationship; in turn, you’ll slowly lose sight of your identity. He didn’t even love you and wasn’t interested in falling for you, so why were his presence and attention the only things you wanted? How could you have thought so little of yourself under such mediocre circumstances?

So you’ll get fed up. Fed up with “almost.” You’ve had enough of his need for control and his lies, deceit, and manipulation. You’ll be irritated with his refusals of you, his rejections of your love, and his ignorance of your presence in his life. So you leave him.

You’ll walk away from his hesitation, his indecisiveness, and his immaturity. You will leave the uncertainty he carried, the doubt and the fear he passed onto you, and the rejection, that you could never be more than just a friend with a benefit.

You won’t care if you’ll be alone for a while. For the first time, you won’t mind the idea of it either. You’d rather be alone than spend another minute with him. You would rather feel your own love than beg for his. You’d rather do what you want when you want than let him tell you what to do. You see, being with him longer than you planned will teach you to value yourself first before anybody else. You’ll realize that you were as important as the next person who’d come into your life.

You’ll be ready to leave everything behind for a fresh start — browsing for jobs out of the country, inquiring about living spaces in different cities, and finally being at peace with the future of love in your life.

And that’s when you’ll suddenly meet someone very special. Someone who values your opinion, who invests an equal amount of effort to each stage of the relationship, and who becomes your best friend. This person will be aware that romantic gestures could never sum up to the deed of always being there when needed the most. Evidently, your love life will succumb to an array of emotions where you thought you were going to be alone for a while, or that no one could ever learn to completely love you. But you never gave up hope, because even through the chaos, you’re bound to meet them one day. It might even be right around the corner.