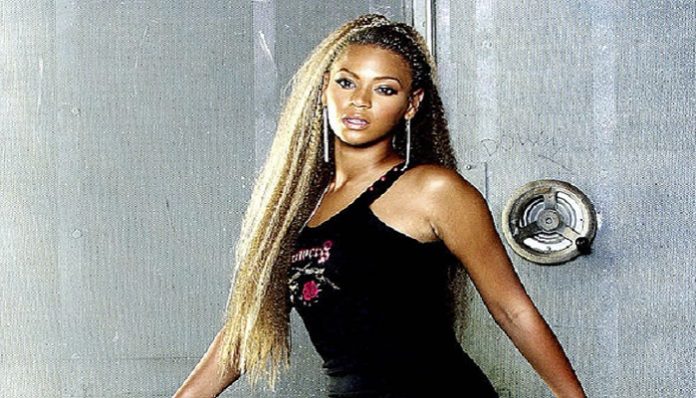 My dad told me once that he can remember exactly where he was when he found out that President John F. Kennedy was assassinated in November of 1963. He was on his paper route, standing in the doorway to someone’s house when the breaking news flashed across the television. In 2013, I had a similar (albeit much shallower) moment in December when Beyoncé dropped her self-titled album unannounced.

I was sitting on a chair in the living room of my college apartment finishing a paper, desperate to go finally collapse into my bed for the night. In between paragraphs (and sometimes in between sentences or even syllables), I kept refreshing my relatively quiet Twitter feed when, all of a sudden, it exploded.

“QUEEN B HAS DONE IT AGAIN!!!!” “#BEYONCÉ!!!!!” and about 12-million similar tweets quickly filled my feed, prompting me to open iTunes and discover for myself what would become my favorite album of all time: Beyoncé.

Beyoncé, a new kind of “visual” album where each of the 17 songs had its own music video, shot all around the world, to accompany it.

Beyoncé, an album that, despite having no promotion prior to it being secretly dropped on that December night, became the fastest selling album in the history of iTunes.

Beyoncé, an album that was started and completed during a 132-date international tour that also managed to tackle issues of sexualization, feminism, and motherhood.

The music on this album alone—catchy, dynamic and amazing—could suffice to explain the world’s obsession with Mrs. Knowles-Carter. But even aside from her hit singles, Beyoncé is still worthy of worship. She is, in my opinion, the best role model currently out there for all ages, whether you’re in middle school or middle-aged. Want some facts to back up that declaration? Here goes:

As the third most honored woman in its history, Beyoncé has won 20 Grammys and received 52 nominations. Between the American Music Awards, the Billboard Music Awards and the Grammys alone, she has taken home 34 awards and earned 93 nominations in total. She has sold 118 million records worldwide, appeared in 10 films, started a fashion line and gained over 13 million followers on Twitter—with only eight tweets to date. Not to mention she is married to one of the best rappers alive and is also a mother.

Her accomplishments are undeniable. She embodies hard work and hustle as much as any CEO I can think of, and has found steady success for many years in her work. But her character and what she stands for are what make her truly remarkable and someone to look to. On the Beyoncé album alone, she promotes the image of women as multifacted, allowing listeners to see that women can be strong, sexual and motherly all at the same time. In “Flawless” she advocates feminism as a tool for the advancement of both sexes; in “Blow” and “Rocket,” she shatters double standards about sexual freedom, and in “Blue” and “Heaven” she sings about the tender topics of motherhood and miscarriage.

In the least cliché way possible, Beyoncé is the voice of the current generation of women. Women who are coming into their own and looking for a solidified place in a world that is too often misogynistic and unequal. Women who, through her music, she has equipped with the confidence they need to navigate their own lives, making the most of the skills and talents they have.

So why is everyone so obsessed with Beyoncé? Because she promotes self love without promoting hatred of others. Because she runs the world, several businesses, and her own home all while looking good and lifting others up. To be honest, I’m not even fully convinced she’s just a mere human being.

Anderson Cooper said it best after her half time performance at Superbowl XLVII: “It is Beyoncé’s world and we are just living in it.”