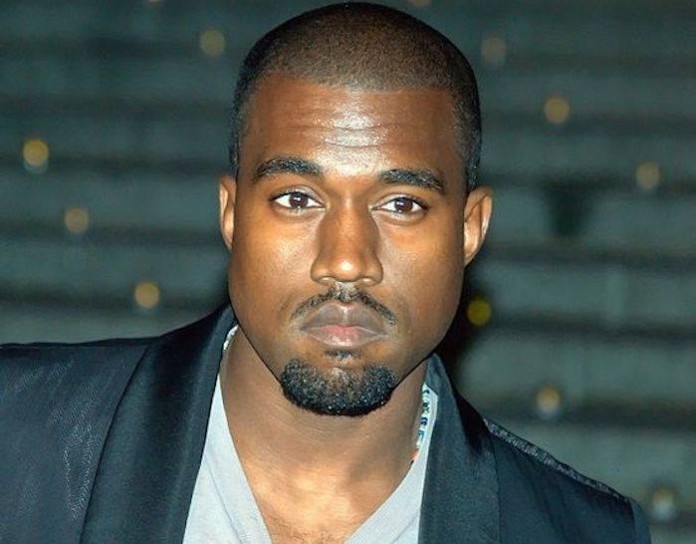 As we all now probably know, Kanye West released his newest clothing line, Yeezy Season 3 and his album, The Life of Pablo (after 3 name changes) to a sold-out show at Madison Square Garden. Don’t believe me? Just look how proud wife, Kim Kardashian West is.

His album included many featured artists, one song in particular featured an individual who probably didn’t even want to be a part of the album. Famous (ft. Rihanna) brings us back to that historical moment when Kanye ripped the mic away from Taylor Swift at the VMAs in 2009. Since then, there have been talks about reconciliations and all that lovely PR make up love. I’m sure that all bets are off the table now after this line:

I’m sorry…what? Kanye, you may not remember things so clearly but that time you ripped the mic out? Taylor already won Best Female Video beating out Queen B. I’m pretty sure an achievement as such already made her famous before you went and felt the need to steal the show. Actress, and bad ass Ruby Rose, had lots to say on the subject manner coming to quickly defend T-Swift. 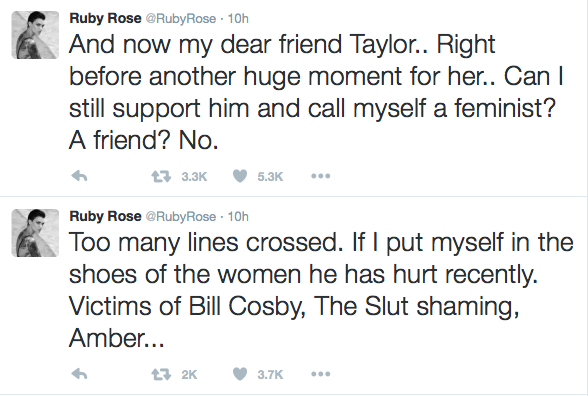 Kanye West as always felt like he did no wrong, and what better way to prove so by tweeting it to the masses?

We know Kanye, we know. 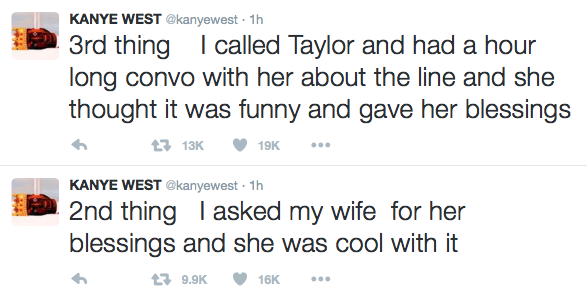 First off…does Kim now speak for Taylor? Secondly, I highly doubt that southern sweetheart Taylor Swift would be like “all good Kanye, call me a b*tch, I love it” 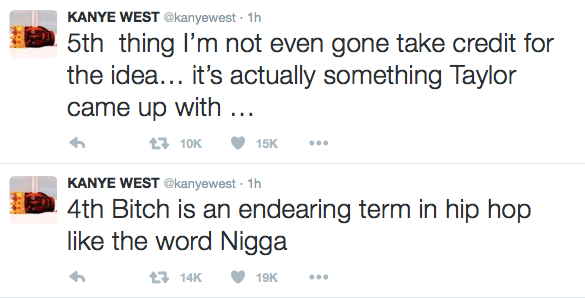 I don’t care if you think the word is endearing. B*tch is still a derogatory term towards women and to think otherwise is insane. Also, still highly unlikely that Taylor was all for this line.

So it was basically hearsay…? She didn’t even “say” it to you… 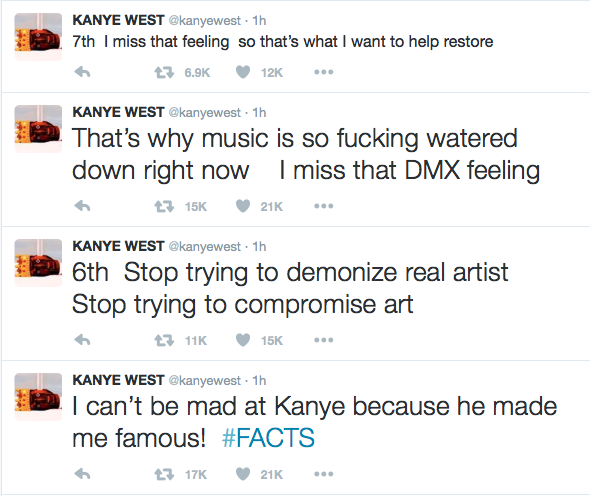 LOL, look Kanye – I know you love to be in control of everything and claim that you’re the first to do everything but let’s be real. YOU. DID. NOT. MAKE. HER. FAMOUS. Also, I’m not demonizing anything but the lyric that demonizes another women. Kanye, we all want you to restore that music…how about you bring us pre-Godlike Kanye and give us some legit music? 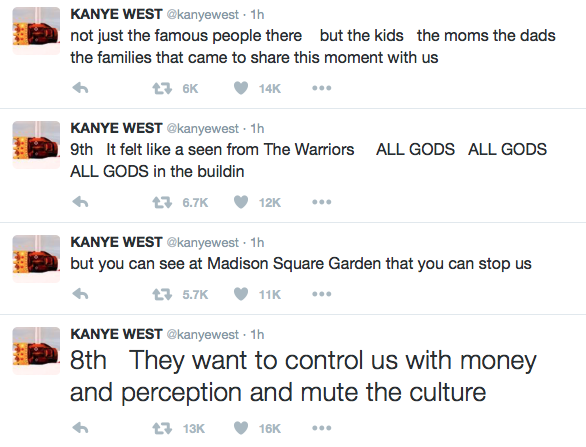 Bruh…your charge $200 for a shirt that has holes in it…? I mean, pretty sure you’re profiting the most of this culture. We get it…you sold out MSG like many top artists. Yes, you’re amazing…you tell the world every day just in case you’re not in the news for a day. Like okay Yeezus…okay.

Whatever Kanye wants to do, Kanye does. For this man to turn the tables and claim that a woman would like to be called a bitch publicly, and degraded as such is ridiculous. I don’t care that he’s Kanye and she’s Taylor – whoever it is should not agree. Also, I doubt that Taylor Swift would agree to such a thing, Kanye needs to be humbled, brought back to reality, and realize that his opinions are his opinions, they’re not #facts. The best response to this entire song? Taylor Swift’s adorable brother.

Getting a head start on some spring cleaning. Here we go again.