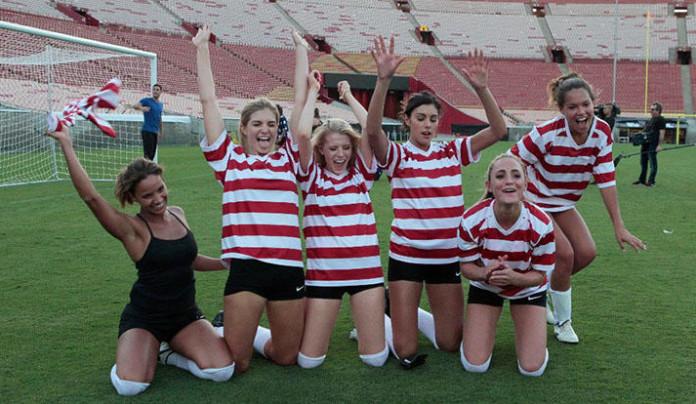 Watching last night’s episode of The Bachelor was a lot like watching Jack and Rose in the one of the last scenes of the Titanic; knowing damn well Jack could’ve fit on the door, but painfully watching, cringing, and screaming at the TV…as he slowly sinks to the bottom of the f*cking North Atlantic ocean. To sum up this episode in one sentence, this episode was equivalent to an actual train wreck, awful and heart wrenching, but then there were brief moments of hope and sunshine, only to be ruined by b*tches.

And similar to a car crash, you couldn’t help but stare in amazement – you wanted to look away, but were afraid you would miss something important that has absolutely NOTHING to do with you. So, if you’re still there shaking your head in agreement right now, keep reading, because we’re sure we all had these 24 thoughts while watching last night’s episode:

1. “Don’t make me like, bungee jump or something…shut the front door.” – Lauren B

Ben, Lauren is a flight attendant, I’m sure the first thing she wants it to get on another f*cking airplane.

2. “Kissing Ben is perfect, everything about him is perfect.” – Lauren B

So is eating Chipotle minus the e.coli, but beggars can’t be choosers.

Yes, Ben, we all saw the moon when we look up in the night sky. In fact, it’s the only thing you see when you look up at night, Ben.

4. “It’s just hitting me that there are other girls here.” – Caila

Caila, haven’t you been talking to other girls this whole time? Did you think you were talking to ghosts, or what? I’m rooting for you Caila, but tone down the crazy, okay?

That’s just what your potential future husband wants to hear.

6. “Ben looks so good in that blue with his eyes and his pants.” – Olivia

And you know, his face, his personality… Olivia, my goodness, get to know a guy before you decide you’re married!

8. I don’t get how Ben is literally so impressed by Emily’s soccer skills.

She just threw herself on the goddamn ground like a child having a temper tantrum…real impressive.

Emily is the sassy one…I think?

Okay Jubilee, like you’ve never been late before. Don’t be ungrateful, either because you’re going on a date in a f*cking helicopter.

She tried giving up her date to someone else because she’s afraid of heights. Are you f*cking kidding me? Don’t be ridiculous, Jubs.

Someone throw a xanax in her open f*cking mouth, someone, please…

#winner. I wonder if her awful breath is because of all those dead bugs in her wide ass mouth that she never closes.

16. Olivia is seriously asking if girls are talking about “My calves? What? My cankles? My toes?!”

And I hope he breaks it.

18. I still have no idea who this Jami broad is…

19. *Plot twist* Lace sent herself home to “work on herself.”

Does she mean her alcoholism?

23. Ben is grieving, why are all the girls piling all this sh*t on him right now?

Now is not the time to cry about your cankles, Olivia.

If we learned anything from the third episode of The Bachelor, it’s that some of these girls are the worst people on Earth. This episode ended with Ben Higgins receiving some tragic news from his family back home during the cocktail party. It becomes clear that some of the women want to comfort him, while others just want to cry about their calves/cankles…Olivia.

In the previews for next week it looks like Olivia can’t seem to hold it together while all the other 14 women in the house are dating and kissing her “husband”, because according to her that’s what she thinks of him as… 14 more women to go. This sh*t needs to hurry the hell up, because I don’t know how much longer I can tolerate watching this massacre without becoming a full-blown alcoholic. The only thing we took away from this episode was fully understanding why men think women are f*cking crazy. Thanks, Olivia.

What do you think is going to happen next week? Comment below your predictions or thoughts!