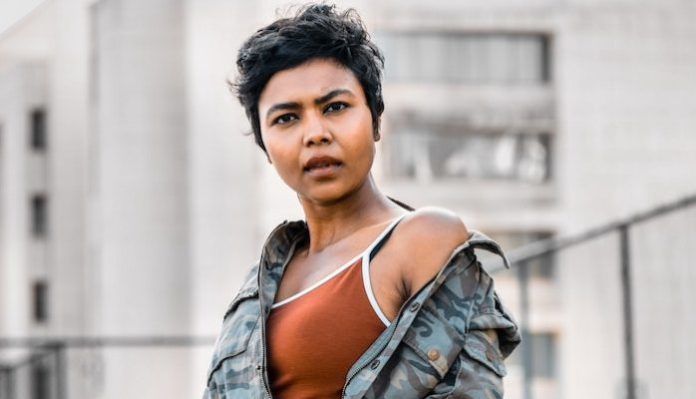 When women walk down the street, no matter what they’re wearing, in the back of their mind, they are always ready to be catcalled. You might think I’m being dramatic, but I promise you I’m not.

Every day as I walk towards my destination, I stare straight ahead. It doesn’t matter if it’s a brand new place or my block at home – I always know it’s possible that a guy will decide to comment on my body. I regularly walk around with my middle finger at the ready and “go to hell” on the tip of my tongue. I try hard to stand up for myself and yell back, but I also have to think first and foremost about my safety.

One of the biggest arguments that men (and sometimes women) like to make about catcalling is that women should take it as a compliment. They say, “it means they think you’re hot,” or they try to explain that, “they don’t mean it to be intimidating, they just want you to know that you look good.”

But here’s the thing:

I’ve been complimented and I’ve been catcalled and they are NOT the same thing.

Walking from the subway to my last office, I would walk by a lot of men who were hanging out on the street. A lot of them were construction workers, delivery-people, and drivers. I’m not trying to generalize blue-collar workers because I have definitely been catcalled by white-collar workers as well, but because they were the ones standing on the street more often, they were the ones who harassed me most.

I became so used to the stares of these men that I was always prepared to be catcalled. I heard everything from the normal “hey sexy” and kissy noises, to “mmm show me a smile baby” and “damn, girl.” I didn’t get any particularly creepy catcalls there, but keep in mind that I heard most of these at 9:00 in the morning.

So you might be thinking, “So what? They were just telling you that you were sexy.” But that’s not the case. Those men were taking advantage of the street space they hold to make me feel uncomfortable. At this point in time, all men should know that catcalling makes women feel uncomfortable, and most times, unsafe.

And here’s the difference between that catcall and a compliment: One day on my way to work, I stopped to cross the street. While I was waiting for the light to change at the crosswalk, a man approached me and said, “Excuse me, I just wanted to let you know that your hair looks really nice in the sun right now.”

That is a compliment. And you know how I responded? I didn’t flip him off, I didn’t yell “f*ck you” at him, and I didn’t tell him to go to hell. Instead, I said, “Oh, thank you,” and I smiled at him. I didn’t walk away feeling degraded and off-put; I walked to work slightly happier.

So, men, if you want to see a smile, don’t shout, “show me a smile.” Say something that might actually make someone smile. And don’t scream, “hey sexy, nice hair.” Tell them in a way that doesn’t feel threatening that their hair looks nice.

Catcalls are horrible reminders of the sexism that women face on an everyday basis. I’m sick of people trying to convince me that catcalls and compliments are the same thing. I’ve experienced both, and I’m here to tell them that they’re wrong.