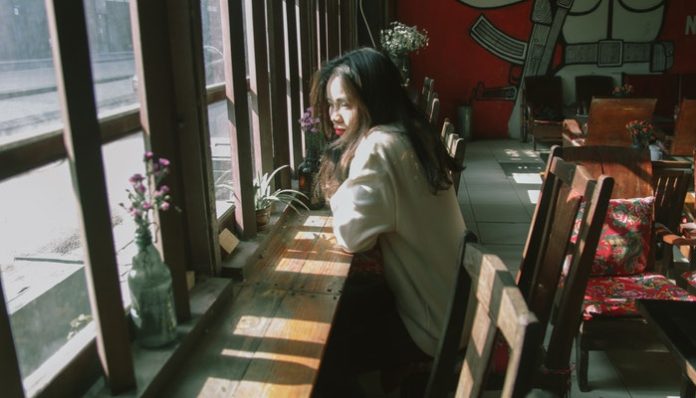 We all do it, wonder about our current partner’s exes. Hell, we might even Facebook stalk them a little bit. We all have our way of dealing with them. My ex-boyfriend and I never really talked about them much. But, I always had a weird feeling about one of them. I had a feeling there was still something going on there, but I couldn’t put a finger on it. Most of my friends just said that I was being paranoid. And then I learned, he was secretly in love with his ex, still.

It came out at the beginning of this year that he was talking to her. He also used my computer to download all the pictures he had of her and him together and sent them to her. This was the biggest blow I could experience… This emotional cheating all behind my back. But he promised it meant nothing and that he was sorry. I chose to believe him, forgive him, and try to move on….

Then one day I went to sign in to my Gmail, and I noticed my boyfriend was logged in. I was going to sign him off, when I noticed something in the corner of my eye… It was an email he wrote to himself and it was titled relationships. Of course, I was intrigued and I read it. I’m not saying it was the right thing to do, but boy did it answer all my questions.

In the email he was talking about his ex-girlfriend (btw we have been dating for two years).

He said that he misses talking to her.

He thinks about her all the time.

That they were so in love, what happened.

Also that he compares her to me all the time… and that she wins in almost every category.

There were all the answers staring right at me. I got to face my fears that day. He was still in love with her.

I think the thing that makes me the most angry is that he wasted two years of my life. He lied to me. It then occurred to me how many more assholes are secretly in love with their ex, yet still in a relationship with another person.

After 12 phone calls, three texts, and three emails. I decided I would have a final chat with him. My ex then tried to tell me that he wasn’t in love with her, and his ex didn’t win EVERY category. He also told me that I was better than him in a lot of ways, especially hygiene (WTF bro?) He sure knows how to make a lady swoon. He wanted to talk more, but there wasn’t anything to discuss. I gave him his jersey back. I told him that it didn’t matter what said or what he did. It was over. I had my answers.

He was telling me he loved me, he moved to Austin for me, and yet I was never the one. This story ends in that words speak louder than actions. The scariest part is that we were talking about marriage that day… Yeah, I could have married a guy who was still in love with his ex. My biggest regret is dating him for so long.

Moral of the story, if your gut tells you something is off, listen to it and get the hell out of there.

Featured image via Photo by Tan Danh from Pexels

Sometimes The Person You Call Your “Best Friend” Isn’t Really The...