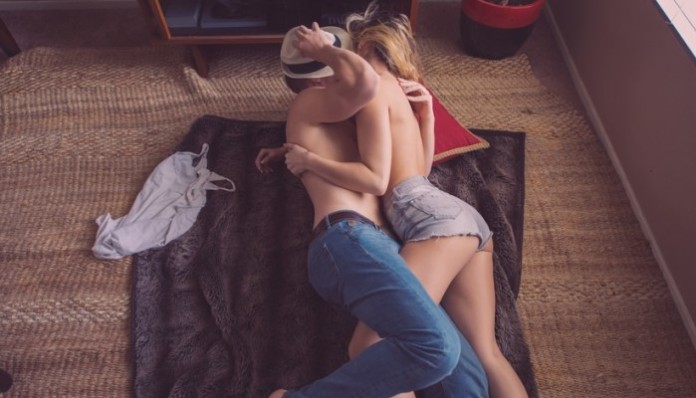 Cheating is seen as being the worst kind of betrayal. Everyone thinks it won’t happen to them until it does. It happened to me, but I didn’t find out about it until two years later.

When we first started dating, I wasn’t too invested in the relationship. I was a freshman in college, never had a serious boyfriend before, and got bored quickly. I told myself I should give him a shot though. For the experience.

We went to a club one night several weeks in and I really wasn’t feeling it. I thought something was wrong with me. He was attractive, intelligent, and charismatic. We were there with his best friend Dina so I said he should dance with her. I hoped it would make me jealous; proving to myself I liked him. Maybe then I’ll feel something, I thought…nope.

I once told him I thought he would end up with Dina. He laughed and said, “You don’t think we will stay together?” I shrugged and stated nonchalantly, “I just think you will end up with her.” I didn’t say this out of jealousy, or to see his reaction. I truly believed it, and really didn’t care. But, he responded telling me he didn’t even find her attractive. I was unconvinced.

We had only been dating for a month when our 7-week winter break hit. I was a virgin and he wasn’t…not even close. I told him that if he wanted to, we could take a break. I understood his need, and I definitely wasn’t going to fulfill it. I know it sounds crazy, but at the time I really didn’t care. He refused and promised he wouldn’t. I took his word.

Several months into the relationship was when I really fell for him. I don’t remember exactly how, or when, but one day we were lying down and he said, “You’re in love with me,” (so typical of him). I giggled, unsure how to respond. I don’t think I was in love with him then, but eventually it happened, and once it did, I was wrapped in his web.

Two years in and I was taking a creative writing class with Dina. We got along well and were also about to be in the same dance piece for our college’s dance production. One day, we were workshopping her short story. It was about two friends during their college break. They were by a basketball court talking about his girlfriend who was at home. At some point, they kissed. While reading the story I started feeling uneasy. He and Dina were both basketball players and had spent winter break two years prior together on campus for basketball. That night, I went to see him and asked if he and Dina had ever hooked up. He said, “Maybe. But it was before you and I were together.” I asked if he was sure it wasn’t during the winter break when we first started dating. He admitted that it was. And that it happened twice.

Two words describe how I felt:

I always told myself that cheating was unacceptable and unforgivable. However, after this discovery, I convinced myself that what he did was valid; it happened before we were in love. I wouldn’t have cared if I had discovered it earlier. Plus, I basically gave him permission. But he had refused it. All those years I had befriended Dina, and they both had a secret. I wasn’t mad at Dina. I was in a relationship with him, not her. I did ask that he tell her so that if I acted weird during dance rehearsal, she would understand. She wrote me a long apology, but also stated her offense that I misconstrued her story. She said it wasn’t about the two of them at all.

I didn’t end it then. I should have gone with the standards I set for myself before he existed. But, he was the first everything to me and it was hard to give that up for something that had happened years before. Several months later, things crumbled apart. There wasn’t a reason or explanation; he just didn’t love me anymore.

What I realize now is that moment was a sign. I strongly believe that everything happens for a reason. I was meant to be with him for those two-and-a-half years; I learned a lot about myself during that time. I also was meant to find out he cheated. If I was being true to myself, I would have ended it on the spot and prevented the even more painful heartbreak when things did eventually end. It would have been a quick out with an easy explanation. But it’s so easy to excuse someone and become so consumed in a relationship that you can’t remember who you were outside of it or how to get back to being that person. It’s easy to ignore the signs in the attempt to avoid immediate pain, but the future heartbreak is so much worse.

The cheating wasn’t the only sign. My unhappiness should have been a clue also. In those two-and-a-half years together, I had moments where I felt lonelier than I ever had, even though I was rarely alone. I also had complete highs with him where I wondered how I had ever gotten so lucky; how I had found the one on my first try. I let those highs outweigh the lows. Another sign should have been when I regretted having to leave my home after summer break. I should have wanted to see him.

I’m not one to give up easily on things, but I think it’s important to remember my standards and beliefs. If a red flag pops up, don’t push it away with excuses, but strongly consider why it is there. Think of the advice you would give a friend or family member if he/she were in your situation. Think of whether the old you would be proud of the new you. Because while cheating is seen as the ultimate betrayal, what’s worse is betraying yourself.

I’m okay that he cheated on me, because it’s one more reason that proves we just weren’t meant to be.