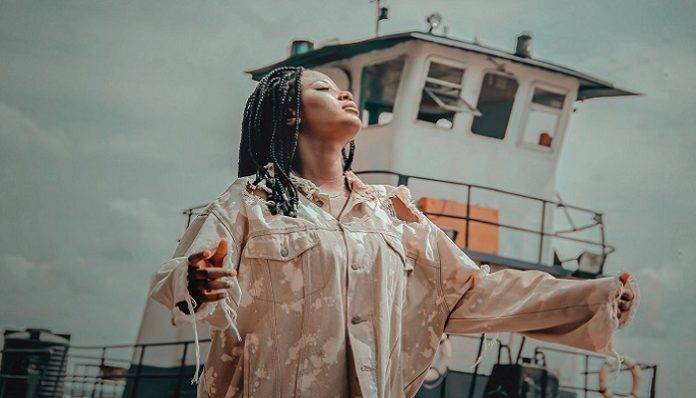 It took 23 years of my existence for me to finally give up on all humanity. The reason that pushed me over the edge? Cheating. Why the actual f*ck do people do it? I know we all have different definitions of it and it’s all based on technicalities – which is total bullshit if you ask me. Personally, I think if you have to hide what you’re doing and wouldn’t willingly tell your significant other about it (before they found out), you just cheated.

You should probably just stay single, for like, ever.

Just so you get where I’m coming from – and stop thinking that I’m being cynical – and can understand my point of view a little better, let me take you on a very disappointing trip down memory lane.

*Names have been changed.

Things go well during our first date and he asks to see me again, I decide why the hell not and we started officially dating shortly after. He was in the Navy and stationed down South while I was back at home up North. Two and a half years later we got engaged and we started looking for apartments together. He was notified he was going to be stationed in upstate New York and we talked about moving in together. He needed me to go into his email to find a document someone sent him, but little did he know he forgot to delete his OK Cupid emails. Curiosity obviously got the best of me so I had to investigate. 27 messages later and I found out my fiancée was meeting up with women in New York less than 10 miles from our apartment. He brought at least four girls back to OUR apartment to do I think we know what. He was sending messages saying “I just got out of a relationship that was over before it even began.” or, “She was so abusive and it really messed me up, I just need to talk to someone about it, could you come over?” Obviously I confronted him about it and what did he do? Denied the whole damn thing, saying his friends put him up to it, and he was just trying to meet some friends up there. Got it. You keep doing you, f*cker.

Michael and I were “dating” for about 9 months. I say dating loosely because to me it was a relationship…to him, not so much (which naturally, I had no idea about). The entire time we were together though things were pretty damn amazing if you ask me. No fights, no jealousy, and I had his complete attention, or so I thought. I went away to Las Vegas for my 21st birthday and when I came back and asked to see him, he was acting weird and I knew something was up. So a week goes by since I’ve been home and I still haven’t seen him yet…then I get that awful text message no girl EVER wants to get – “We need to talk.” Perfect. “I met someone else, and I really think I should pursue things with her. You’ve been great though…” he says. So after some explicit words were sent on my end to him, we were officially over. After some embarrassingly intense grieving on my part I wanted to know what the bitch who took him from me looked like. It’s pretty amazing how quickly social media can turn into the perfect evidence for your investigation. *Drum roll please* Roughly 8 minutes or so later I found the home wrecker, and lo and behold that ‘someone else’ he met happened to be his EX-GIRLFRIEND who he left a week before he met me. COOL.

Joseph and I dated for about 7 months. Things were amazing between us, the honeymoon phase seemed to linger even after the 3 month mark. It wasn’t until later on into our relationship when things started going south for us, whenever he would get drunk off his ass, his ex-flings or ex-girlfriends ALWAYS showed up in his phone. First time, I got pissed off but he promised it wouldn’t happen again. I trust him. Second time, there were a few inappropriate pictures, so I made him block the wannabe strippers and demanded he stopped drinking. He said he would do anything to make me happy. Third time, he messaged 13 girls, all who were previously blocked and deleted from his phone, saying things like “I’m trying to switch things up, you should come over,” or my all time favorite, “I’m a single man for the night, my girlfriend wanted a break to sleep with other guys.” LOL. Just no.

Because I can unfortunately say that with every single relationship I’ve ever been in, I’ve always been cheated on somehow – whether it’s physically or emotionally. I’ve never been fully committed to and to me that’s heartbreaking. It’s even more heartbreaking to say, with a fake ass smile on my face, that I’m used to it. So who do I blame? Do I blame myself, my significant other, people who don’t care about ruining relationships and being home wreckers, or do I blame social media?

Or is monogamy just unnatural for human beings. If that’s the case, can we honestly even blame anyone?

When I was growing up, no one told me how unrealistic it is to maintain a healthy relationship. But now if I get into a relationship, I almost expect to be cheated on somehow. How pathetic is that? I can never fully trust what a handsome face is saying to me, because I’m convinced he’s telling someone else the same thing. You may be sitting there saying “Melissa, not everyone cheats,” or, “There are some good guys out there Melissa, we’re not all cheaters.” Well you may be right, but to me men are just a bunch of sex driven mammals that’ll hump anything that will reply back to them on Facebook or like their picture on Instagram. It’s honestly disgusting and it makes me hate this world we live in and the relationships I’ve been in.

So from now on, I will always perk up to see the name of whoever just texted or called you. I will always sneak through your phone when you’re in the shower or sleeping. I will always call you every so often when you’re out without me. I will always ask you if you did anything when you come home after a night out with the guys. If you decide to get mad about all these things, then I’ll suspect you’re hiding something.

Even after the disappointments I’ve had in my relationships I can safely say I could never bring myself to cheat, on anyone, no matter how bad the relationship gets. Maybe I just refuse to see the bad in people, or maybe I just have such high hopes in the beginning of relationships.

One thing I do know for sure though, if we date…I expect you to cheat on me.