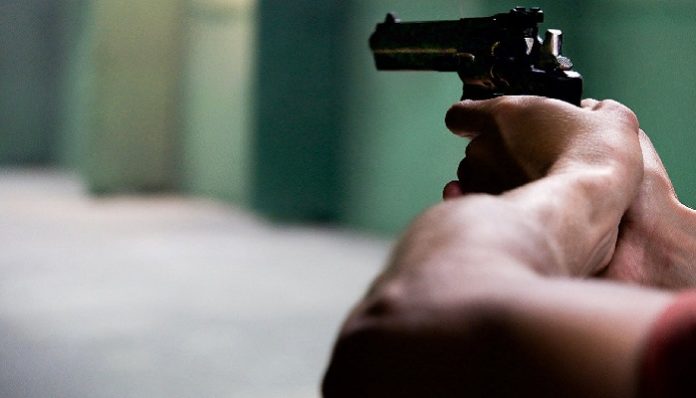 Let’s discuss gun bans and why we shouldn’t be blaming shotguns for the problems of the world.

If there was a sudden earthquake and a set of knives fell from their shelf and killed someone, we would not stand around the victim saying, “OMG knives are so evil! Why do people own knives? Oh God, we should ban knife ownership!”

No, we wouldn’t say any of that. We would instead say, “That earthquake really came out of nowhere, we need to fund earthquake-safe buildings!”

The problem would be when people around the country start using the knives tucked away in the cabinet or on top of the fridge and started taking them into movie theaters and stabbing everyone at school. Then we would stare at each other and demand laws be made to protect us from these evils. We would demand that our children only go to schools where the only utensils they have are sporks.

And that’s why I look at these “bans on guns” and I think it’s totally ridiculous.

My dad was the first person who ever took me to a gun range and showed me how to use a gun. I cannot stress enough how many times he’d slap my hands if I raised the gun too high or if I held it out towards someone by accident. Gun safety. It’s protects people from harming themselves or others simply by accident and should be everyone’s first priority. He taught me everything I know about using a weapon, and that the top priority was to do so safely – but mainly to not be afraid of a gun.

Later in life, I would go on to shoot at a facility that helps train soldiers from different nations. Here, my instructor, a trained government employee, would continue to stress the importance of gun safety. But he also stressed that if I grew confident in handling a firearm and remained consistent with my gun practices, I would quickly learn that a firearm will only do as I tell it to do.

Which leads to the second reason why I find people who want to ban extremely strict gun usage ridiculous. The gun cannot get up and shoot people on its own accord. Someone had to look at it and say to themselves, “Wow, I could totally shoot a whole bunch of people right now.” Guns locked safely away in their gun safes do not shoot people. Guns that are owned by the mass majority of people who obey the law, are properly educated and trained, and own guns safely and correctly don’t magically shoot people. No gun shoots someone without someone pulling the trigger. It’s logic. By insinuating that guns are the root of all evil, you’re insulting the people who pride themselves in owning their guns properly and maintaining a safe practice.

The problem, however, isn’t with people who use them safely, it’s with the people who don’t use them legally. Banning guns won’t stop deaths by firearms because murder is illegal and people still kill other people, with or without guns. They don’t obtain them in the ways where the purchase can be recorded and monitored. The laws of gun ownership don’t really matter to people who aren’t going to use them properly in the first place – so restricting the laws for those who do follow them doesn’t make sense.

While Omar Mateen carried out this tragic mass shooting, there are a few things to take into consideration: he is a legal U.S. citizen and a registered Democratic voter who legally purchased a weapon that was NOT an assault rifle (but an AR-15) and had a carry/conceal permit. Restricting the laws on gun rights may not be our best option, but expanding background checks should be a must. While each state has their individual laws regarding gun purchase, carry, and safety, there are hours of training and education required in order to obtain a license to carry and conceal a weapon.

Neither the gun nor the permit are by any means easy to obtain in the United States. This individual was previously known and investigated by the FBI twice. His father was a political television show host and previously ran for Afghan presidency. Let that sink in for a moment. If we can agree on one thing here, it’s that we should restrict gun purchases from terrorists. We should have deeper background checks rather than more expansive gun laws.

If you are going to argue for a change in how guns are purchased in the United States,  you need to educate yourself first. Banning guns won’t make a difference to those who choose to disobey strict laws or for those who will do whatever it takes to get them only to use them the wrong way. Black market guns will still exist no matter what laws are in place and we need to be protected from that. If any changes need to be made, it isn’t the complete ban of guns. Rather,  a stricter, thorough background check should be carried out regularly. In doing this, the government won’t be barring our Constitutional rights but will be maintaining our safety.

Punishing the entire community of people who own guns for recreational or self-defense purposes isn’t the solution.

It’s a matter of stopping the people behind those guns who probably shouldn’t be in the first place.

Featured image via Skitterphoto on Pexels