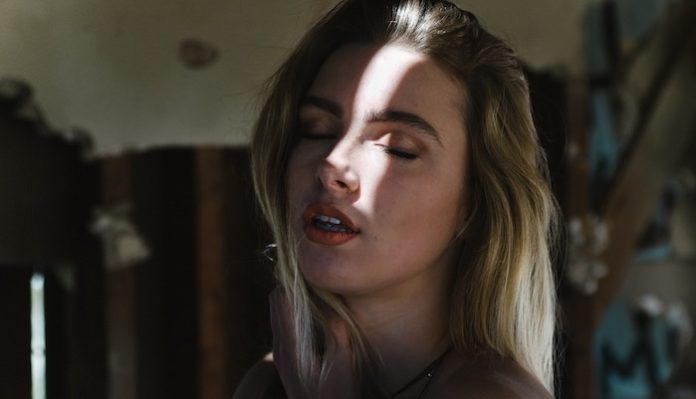 I can’t remember who told me this before my wedding, but it made me laugh. They said, “I heard this quote once: Women need a reason to have sex. Men just need a place.” Although they weren’t intentionally making a point about difference in orgasms between the genders, I think that it all goes hand-in-hand.

I didn’t know what to expect the first time I had intercourse. My parents were very tight-lipped and awkward when it came to any sort of adult talks. Their version of discussing sex with me was saying, “You know what sex is, right? OK, well when you decide to do that, just be safe.”

Sure, that’s all fine and dandy, but what does one actually do during this major adult event? What should it feel like? How long should it take for us to reach that pinnacle point of orgasm?

Thankfully, we finally live in an age where people talk openly about sex on the internet, particularly about the female orgasm.

It turns out, just like men only need a place, they also don’t need very long: the average man comes in around five minutes. Women, on the other hand, require upwards of 20 minutes to reach that Big O. Yep, that’s a pretty big commitment just for a little euphoria, especially considering that your partner just spent himself in one-quarter of that time.

Turns out that biology plays a major role when it comes to… well, coming. Men obviously don’t require much, but the vagina is a much more complicated organ. Experts say that only 20% of women reach climax just through penetration. In fact, many women struggle to ever orgasm from simple, missionary position sex.

A few things do help women, though. Clitoral stimulation helps many, as does oral sex. Some experts also believe in the G-Spot, a place inside a woman’s vagina that is believed to be highly sensitive. Sex therapists often suggest trying different positions, such as doggy style or cowgirl. I personally find it much easier to orgasm when I’m ovulating as well, but maybe it’s all in my head. Still, some women claim the only way they can “get off” is to do the dirty work themselves.

In the end, the real reason most women have sex isn’t for the orgasm (though it’s lovely when we get there!). For us, intercourse is about the connection with our partner and the intimacy we feel when being with them in this special way. Let’s be real, it’s all pretty hilarious how men become moldable clay in the privacy of our bedrooms, too.

Next time your partner asks if you reached orgasm yet, politely tell him that his penis is magnificent, but it just takes all women little longer. If he wants specifics, tell him sex scientists say it takes four times as long for women to come. Hopefully, that helps you both in big ways.

Photo by Jeremy Bishop on Unsplash