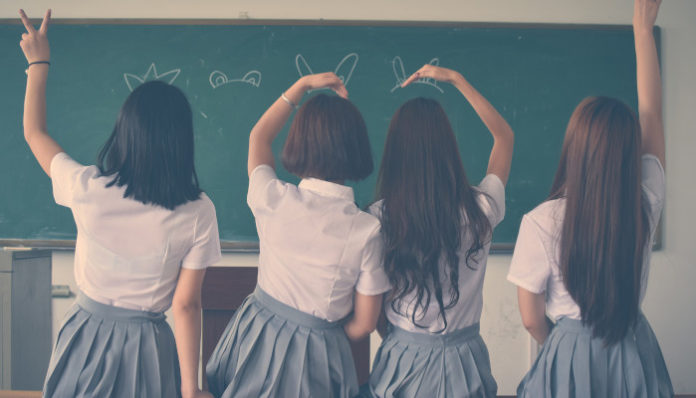 I have been teaching English in Japan for almost three years, and to be honest, it’s both uplifting and frustrating. It is frustrating because it often feels like I teach in vain. One day, my kids are able to answer my questions almost spontaneously. The next day, though, I get nothing but blank stares because they don’t understand — even if it’s the same question I have been asking them for a few months.

It was a struggle, and it still is. Where I come from, English is the medium of instruction in most schools. Everyone should understand my instructions, or, if they have difficulty understanding, they still express their questions in English.

But, that’s not the point.

Despite the frustration, teaching English in a country where it is not necessary is actually refreshing. I have learned a whole lot about language — and teaching — from the moment I first stepped foot into my Japanese classrooms.

I have discovered that English does not measure anyone’s intelligence.

Where I come from, people automatically assume that if you speak English, you’re smart – just because you speak English. When you can express yourself in English, you have substance. You make sense, and people will definitely want to listen. Well, either that, or you receive criticism for being a know-it-all.

Japanese students are extremely smart kids who never stop studying. They attend regular schools, then go straight to cram school after attending their school clubs, and what’s even more fascinating is that most of them love learning. The moment they understand what you’re trying to explain, you receive tons of interesting insight from their brilliant minds.

Through teaching, I learned that, like any other dialect, English is just another language.

It’s no more special than any other language; it simply improves your communication with other people. Speaking English does not entitle you to judge someone just because their accent is “funny,” or their grammar is a little off.

The last thing I wanted to do around native tongues as a non-native speaker was make a mistake. Since I work with people all around the world, though, I’ve learned to ease up and treat English as nothing more than a tool to communicate and connect.

I’ve actually discovered that there’s so much to ascertain from people whose first language isn’t English and realized that learning from someone who doesn’t speak your language isn’t impossible. I’ve learned a lot more about the importance of nonverbal communication. I’ve found that a single gesture or facial expression can help you understand how someone feels or thinks.

Communication is an art; it’s beautiful.

I learned that, when language barriers prevent you from getting all the information you need, you tend to find more ways to get information. You don’t simply fixate on the language itself; you start observing. You’ll actually learn so much more through listening than you ever will through speaking. You learn to accept and respect people and their cultures.

In those three years, I have learned a lot, not about teaching but about living. I’ve learned more about choosing to be kind to everyone, even if it means letting down my guard a little bit to have a space big enough to accept foreign cultures. Your command of the English language will not help you at all; opening your mind to everyone’s differences is what will really aid your success.

To The Hopelessly Romantic Single Girl