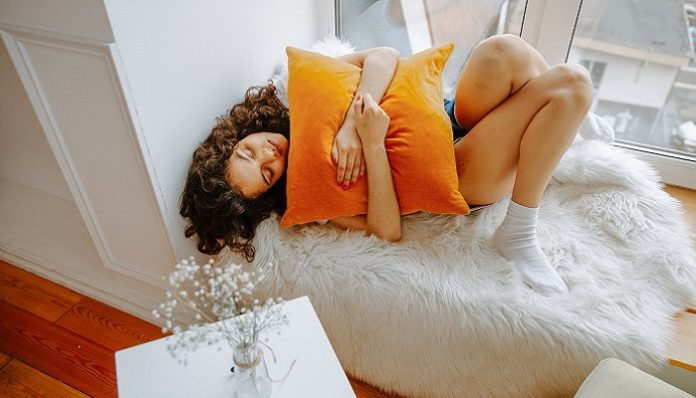 I suffer from depression.

I can admit that, but it’s not something that I’d usually talk about.

It’s an illness, and not being able to see it doesn’t make it any less real.  Depression hurts; it’s not just feeling sad, or having a bad week…it’s a soul-sucking nothingness. I can spend nights crying over everything and days feeling nothing at all, but I fight through it. Depression can find it’s way into every tiny piece of life: into work, into relationships, into just waking up in the morning.

Recently, the words “depression” and “anxiety” are so commonplace that no one pays any mind to what they really mean. But those words should terrify you, as  they do to me. Having to struggle against your own mind is one of the hardest things you’ll ever have to do, so why has it become so trivial? Why are there legions of people on the internet making depression seem romantic, like some twisted type of trend?

You wouldn’t make a joke about somebody having cancer. You wouldn’t trivialise it and pretend you have it, and post stupid tumblr gifs about it, would you? So why are you doing it with mental illnesses?

You don’t want it, and it’s not a trend.

The internet is full of people talking about how “depressed” they are, about everything from school, to sold out ice cream, and shitty boyfriends. And yes, while some of these people probably DO have depression, many of them don’t. I’ve even known people that have given themselves the diagnosis because they felt they were part of something, or felt it fit in with their style. Which is one of the most morally wrong things a person can do. Please, don’t be that person.

It doesn’t make you special, or give you an excuse to be an asshole.

Somebody I once knew claimed to have serious anxiety. They would use it an excuse for everything: not wanting to get a job, showing up late for classes, not being at important events, and for not being a good person in general. During one drunken night in, I asked how their anxiety was holding up, and if they were getting any help for it. They admitted that they’d never been diagnosed and it wasn’t actually bad at all, they were a little nervous about getting a job because they weren’t very good at getting up in the morning. I was furious at this, and I haven’t spoken to them since. I don’t know how anybody could think this was a good idea.

And even people that have a genuine mental disorder, don’t feel “special” or try to make excuses. We don’t flaunt our problems, just like people with physical disorders wouldn’t usually make a big song and dance over them.

You’re not “depressed,” you’ve had a bad day.

Everyone has said it, I think. Work has been hectic and they said “work is getting me so depressed!” Are you upset? If you can identify that you’re just really upset, that is not depression. You don’t compare having a headache to having a brain disorder, so how is this any different? If you haven’t been diagnosed, it’s best to not claim to have illnesses you don’t understand.

Self-harm scars are not beautiful.

Self-Harming has been extremely romanticized, for reasons I can’t remotely understand. We make it seem like a medal for surviving through a tough time, like we should be proud of showing them off. I’m not saying that it isn’t a remarkable thing to recover from a self-harming addiction, it is. You can be strong, and beautiful, but that’s not because of having various scars or injuries.

Suicide is not poetic.

Yes, whether we live or die is one of the few things we can really control in life, but there is nothing poetic about committing suicide. It is not something to joke about. Suicide has become such a normal topic that you hear phrases like “Oh my god, I might as well kill myself!” on daily basis.

In England, on average 4,722 people a year take their own lives, that works out at one person every two hours. And there’s nearly ten times the amount of attempted suicide; most of these people, when asked, will tell you that they regretted it the moment they started but they thought it was too late to turn back.

That 4,722 is roughly half the population of the town I live in, so I cannot imagine the aftermath if they all decided to take their own lives. The death of these people is bad enough, but it’s all that comes after that really hurts; the investigations, the crying mother, the heartbroken best friends and partners, the colleagues that don’t know where they went, the hole that’s left with all the people that loved them. People that feel like they should have known, that they should have done something, that are even pushed towards hurting themselves because of the grief.

Does that sound funny to you? Maybe you should think twice next time you say “lol I could kill myself!”

But, I do ask all of you, if you’re ever seriously thinking about it, talk to someone. I don’t mean post vague threats on twitter, I mean get help. If not for you, for everybody else.

I’m not quite sure why having an eating disorder is seen to be as something glamorous, but that’s the furthest thing from the truth. You might see a skinny person, but you don’t see the side effects: the sickness, the mood swings, the terrible health, the rotting teeth. That doesn’t sound very glamorous to me.

Everybody gets mood swings. Especially when we’re growing up, and our hormones are all over the place. Having a mood swing doesn’t mean you’re bipolar, and in the same way, people with bipolar aren’t just going through a normal mood swing. They really can’t control their emotions and it’s a daily struggle. And whatever you do, please don’t ever say a bipolar woman is just “on her period!”

In the same way we’re making self-harm seem lovable, we generally try to make any form of mental illness “cute.” It’s everywhere, people saying how it’s so “cute” that somebody is anxious, or that they have to wear big jumpers to hide their wrists.

We can’t just “shut up and feel better.”

Would you tell someone who’s been stabbed that they should just stop bleeding and be quiet? Of course you wouldn’t.

So, how can you expect somebody with a mental problem to just suddenly feel better? Just 20% of people only have a single episode of a mental disorder before recovering, 60% recover slightly but live with an ongoing condition, and the remaining 20% never recover at all. It generally takes 1 or 2 years to get to a partial recovery, either through a counselling medium or through medication. Recovery pretty much requires reprogramming your mind, it can’t be achieved by just cheering up.

We’re trying our best to be okay.

I can’t tell you that we’re all going to be okay, or that it’s easy, because it’s not. But we’re always finding new ways of treating mental illnesses, and new ways of trying to cope with it ourselves.

So, on behalf of the 1 in 4, please, stop making it trendy and cool to self-harm, making it beautiful to kill yourselves, because you may suffer from a mental illness during your lifetime, and trust me when I say you’ll finally understand what we’re saying. You will finally understand the crushing, heart-wrenching reality of having to fight with your own mind, and not being able to escape it.

It can be anyone. Your best friend, your parents, your teacher, maybe even you. So if we all learn the truths behind living with mental disorders, we might just be able to move the 1 in 4 into a 1 in 5, or maybe even 1 in 100.