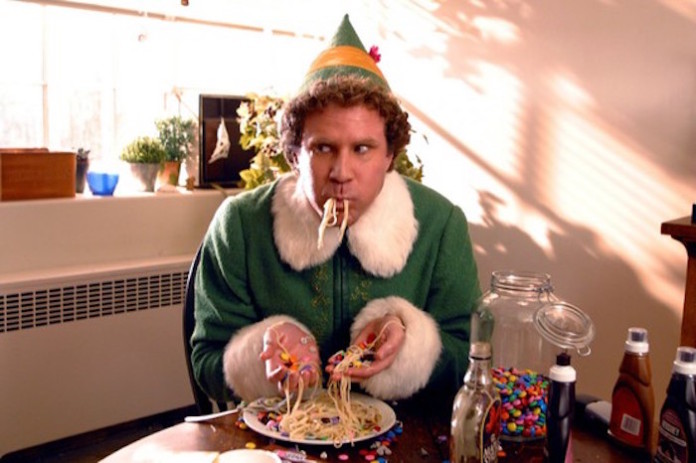 Is middle school really the most awkward age? Or is that early twenties phase when you’re home for the holidays? Going home reminds you of how much more carefree life is away from the nest. Where you can sleep in, have fro-yo for breakfast, and watch Netflix until 4 AM. But at home, between parents asking when you’ll be home and having to do grocery shopping for the whole family, it’s nothing like being your own boss. They think you’ve got adulting down but you’re still a kid at heart. The only differences now are that you have a little more money and a bigger playground.

Here are some of my least favorite moments that happen each time I’m in town that let me know I’m still one of the youngsters, followed by the reasons why I’m totally ok with it.

You know that you’ve grown.

All of the relatives that filter through this time of year keep commenting on my size. I know I have gotten taller since elementary school. Not much taller, but a few inches at least.

All there is to do is smile as I try so hard to remember that person’s name and how we share blood. And yes, I do eat enough. So, no, I have not lost any weight since the last time we met.

You want to drink yourself to sleep.

As a somewhat recent graduate, day drinking isn’t as accepted as it once was. Don’t ever graduate, my young padawans. When I have a day off that condones alcohol consumption, I’m all about starting early. But after the fun is had, I want a nap. It’s no longer physically possible to drink for many hours and function the next day. Hangovers are the worst part of grown up life.

Your knowledge of politics is based on HoC not the GOP.

All I care about is who Underwood double crossed in Season 3 so that I’m ready for Season 4. The memes of Trump’s facial expressions and Clinton’s fashion sense are how I know what’s been most recently discussed within the political realm. The way grown ups discuss education reform or tax brackets stress me out. Everyone gets tense when opinions are shared and it could make or break a successful holiday dinner. I’d rather stay neutral and look at pictures of puppies with little Mary Sue.

You get sick of having manners.

Must I say excuse me when reaching for more rolls? It’s obvious that I mean no harm or disrespect by grabbing them over someone’s arm. I clearly love and appreciate the cooking my family has done. Doesn’t it show by how I’m much I’m wanting to shove more of it down my throat? And burping is a natural bodily function! I have had a few beers and need to relieve some pressure is all.

You want to play with your gifts immediately.

What ever happened to running around the house playing catch after everything was unwrapped? Does becoming a twenty-something mean I can never play again? When I open my new DVDs, what I want to do is curl up on the couch in my new ugly sweater and have a Hunger Games marathon. Instead, I must pack it up neatly in large gift bags until I am in my own domain where it’s cool to eat all the candy in one sitting and jump around listening to Disney show tunes. Don’t judge me; a lot of really great artists have started out on that channel.

Holidays should be about relaxing and happiness. This time between childhood and adulthood is short; we must savor it! Take advantage of using your age as a reason for the mistakes you’re making. Pretty soon you’ll be budgeting your actual bank account instead of the one of your fake business in class. Play while you can, sleep if you’re tired, and make sure you’re pleasing yourself. Isn’t that the best gift?

Feature Image via screengrab from Elf.

A DIY Christmas: 6 Thoughtful Gift Ideas Worth More Than What...