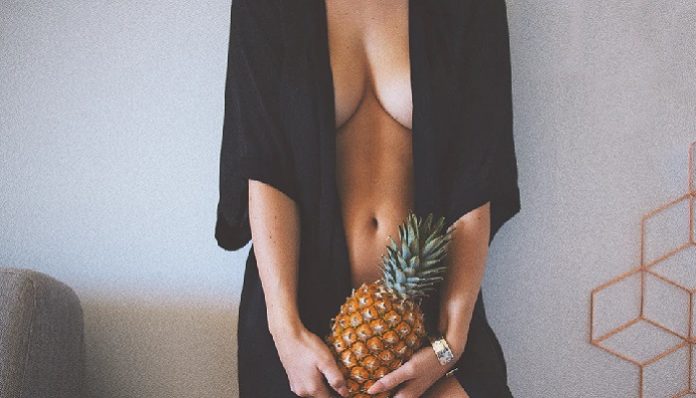 We’ve probably all heard the news that Ariel Winter, star of Modern Family, has had a breast reduction. Save your gasps and “I can’t believe it” tweets; it shouldn’t be breaking news and it’s simply a surgery to enhance her quality of life. But it is news, all because she is a celebrity. Because of her fame and status, her choices are ultimately open for discussion, remarks, and of course questions. But no one is asking the most important questions of all. No one wanted to know how she’s feeling, if her surgery and recovery went well, or if she’s noticing the benefits. No. Everyone just wanted to know if it was true, when she would “admit it,” and why she did it in the first place, as if it were their business.

Since openly admitting that the surgery indeed took place, she’s been bombarded with responses (mostly negative) and opinions about her decision that frankly, have no place to be stated. The actress is only 17 but had a 32F bra size. She felt uncomfortable shopping for swimsuits and going out on the red carpet, and honestly we don’t blame her. She faced constant judgement from people on the way she dressed (even though she looked smokin’ all the time). People discussed her outfit choices not being age appropriate and felt like she had to cover her body up entirely in order to not come off overly sexual. Aside from the mental, emotional, and social difficulties she faced, there were physical concerns as well. She had bad posture and dealt with unbearable back pain. Nobody should have to live like that if they have the choice to change.

When she admitted to her decision to have the surgery and size down to a 34D, people instantly bullied her for choosing to “alter her body” because of, ironically, bullying. Ariel has been frank about what prompted her decision and the truth is that she did it for herself. She did it for her health and well-being. Although the tormentors called her “fat” or implied she was dressed inappropriately, she coped.

I personally come from a family with some serious busts and have family members who have undergone the procedure. It is so necessary and life changing for women to finally be comfortable in their own skin. No one should have to deal with the inability to find clothes, the embarrassment, and the incredibly awful pain. And why should they when there’s an alternative? Just because you don’t deal with that struggle, doesn’t make it your place to judge another person. If you understood half of the issues that these women were coping with, you’d shut up. I’m not sure if people are just jealous or if they’re mysogonists, but it needs to be silenced.

Breast reductions are not simply a cosmetic procedure. Sometimes an individual and their doctor decide that a breast reduction is the best course of action (or sometimes the only option) to combat the commonly faced challenges. Many celebrities have undergone the same surgery including; Drew Barrymore, Janeane Garofalo, Queen Latifah, and Roseanne Barr. That’s not to mention the thousands of women who have undergone the surgery that aren’t household names. It’s more common than people think and it’s not about looks, clothes, popularity, or anything else. It’s about health.

Ariel is now enjoying the lifestyle changes that have come along with her choice to undergo a breast reduction. She has stated that she feels great about where she’s at physically and that the changes were instantly noticeable, practical, and her mental health felt relieved simultaneously. She made a brave decision to step out and do something that she most likely knew would be met with negative feedback. But she did it anyway, and we applaud her. For people who insist of putting her down and telling her she only did it make people stop bothering her, give it rest. How does it make sense to bully her for supposedly giving into the pressures of people’s bullying? You’re only continuing a cruel, damaging cycle and it has to stop. It’s her body and she has the right to decide what is best for her. Ariel did what made sense for her and what would have the best outcome for her health. It’s time for the judging to stop and the celebrating to begin. I could not be happier for Ariel as she enters the next stage of her life, happy and confident in who she is and how she looks.