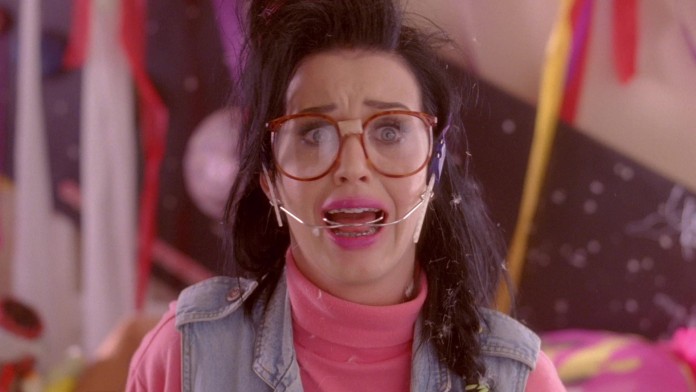 I’m turning twenty in a couple of weeks. I recently had a pre-birthday celebration where everyone told me how beautiful I have become. I’ve been living far away from home for a of couple years now and everyone was surprised at how much I’ve matured and “come of age.” But it wasn’t so long ago that I was stuck in the depths of my awkward stages. At the prime of my adolescence I was a chubby brace-face who didn’t know how to manage her overbearing, thick Greek hair. I look at photos of myself from Grade 6-12 and am shocked at how I ever let myself out of the house. But, at the time, I didn’t think I looked too shabby.

My sister’s birthday is a couple of weeks before mine, so she also celebrated her post-birthday at the same get together. Everyone also proceeded to tell her how beautiful she is. With a ten-year age difference between my sister and I, she is in the prime of her adolescence. Or so she’s supposed to be. I’m sure in a decade’s time she’ll look at photos of herself around this age and wonder, just like me, how she ever let herself out of the house. She’ll complain about how bad her awkward years were and how glad she is that they have passed. But the funny thing is, I look at her and don’t think that she’s in an awkward phase of her life Instead I admire how clear her skin is, how manageable her hair is, and how on-point her styling skills are compared to me at her age. It seems like she’s skipping the whole god-awful yearbook photo stage and gone straight into the prime years of her youth. But, she’ll probably have a completely different story to tell when she compares before and after photos in the future.

Perhaps that ‘awkward stage’ we always reference isn’t actually a thing. Maybe there are no set-in-stone years of our life where we’ll be condemned to taking only cringe-worthy photos. Puberty is biological, but our interpretation of it as making us ‘awkward’ looking may only be a conception. I think it might have to do with the changing time, how styles and fads come and go. The ‘70s and ‘80s thought that feathered bangs were the way to the A-list, but now they’ll only get you onto a Worst Dressed list if you’re spotted with them. Perhaps the reason we think of our younger selves as ‘awkward’ or ‘ugly’ is because we aren’t used to our old selves anymore. We think our current self is the best version because it’s how we’ve decided to be in the present.

Our perception of beauty is all relative, whether to the eye of the beholder or to the certain decade.

I cringe at photos of my mother from the late ‘80s, right around the time she would have started dating my dad. She would have been in her late teens, probably only a few years out from her awkward phase (although I beg to differ). From her choppy haircut to pre-grunge inspired clothes, I personally don’t think this was the time where her beauty most shined through. But I know my father thought she was the prettiest girl around and I’m sure others agreed. Our perception of beauty is all relative, whether to the eye of the beholder or to the certain decade.

When I see kids between the ages of 10-15 I don’t think “Wow, the awkward stage is being tough on you.” I didn’t think that way when I was that age and I don’t think that way now. On the other hand, if I compare someone’s middle school yearbook to their present day self I will most likely agree that there has been significant improvement. Sure, there are always exceptions. I look at some old photos of myself and think “Damn girl, didn’t you look fine.” I’ve also seen old photos of other people and thought, “Yikes, what happened?” But I still think beauty- and thus our interpretation of what counts as the awkward stage- is all relative. I may think I went through the worst awkward period ever and you could argue I never looked better. It all depends on if we value learning what a hair straightener can do for you as something positive or not- or at least that’s what it was like in my case.

8 Steps To Combat Your Constant Overthinking