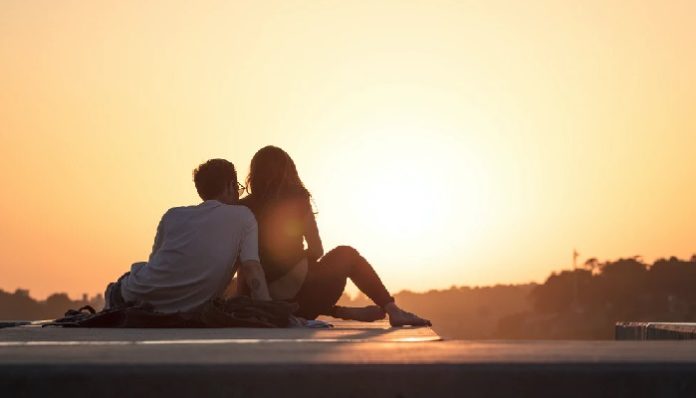 We are the product of the Generation Y. We are the first generation to really break from the mold our parent’s left and do our own things. I think this is amazing. I love being independent as a woman, I love being able to wear whatever I want, and I love being able to make out with hot, random guys. But, it gets pretty confusing when it comes to dating and what society says is acceptable. I’m just as confused with our culture of love as you are, but I’m not confused with how you should pursue a guy, and if he’s really worth pursuing.

I think it’s great when women go up and talk to guys first. It’s nerve racking, and I admire woman for taking a confidence stance on their own fate. I do it all the time, but there’s a difference in putting the first move on a guy, and when you’re constantly expected to make the moves. Let’s face it: if a guy likes you, he will let you know. He’s going to text you, and he’s going to ask you out. You shouldn’t be the one having to put all the effort it. Yes, there maybe a few exceptions, but let’s be real. It’s probably not you. I don’t want this to come off as harsh, but it’s time that we all realize that you’re not making the first move when you making every move.

You’re wasting your time on a guy if he is not actively pursuing you. You’re giving up your precious time for some stupid boy who can’t realize how great you are. Think about it: why chase someone else, when it’s you who is the prize? Instead, use your valuable time with someone who does like you, or the guy who will actually like you in due time. Who you know thinks you’re great and beautiful. That kind of guy is who you should give your time to, not someone who makes you question your worth. If he starts sending you mixed signals, send him the goodbye text, and walk out of there with your head held high. I know it’s hard; there are some gorgeous guys that just don’t seem that into us and it stinks. But the more time you spend on these stupid guys, the more time you’ve wasted.

Ladies, if you’re not sure where you stand with a guy and you’ve been dating, flinging, or seeing each other for months, that is not a good sign. A guy that wants to be your boyfriend will make it happen. If he’s not into it…on to the next one. Usually the harder thing to work for is the right one. Cut out toxic relationships, stop following them on social media, and start respecting yourself. Once you start respecting yourself and your time, the guys you attract will show their cards.

Tinder? Ladies, please do not get me started on this. You’re not going to find your husband on this site. This is a site for hookups. But, hey if you’re looking for that, all of the power to ya. I mean, you’re judging someone just based on their face. How materialistic is that? I think the majority of those guys are not looking for a wifey and are certainly not going to treat you with respect.

This doesn’t just apply to people who are trying to get into relationships. A lot of women shouldn’t put up with shit from their boyfriend. I know plenty of guys who don’t treat their girlfriends well, and it sucks. Whether it’s him disrespecting you, not taking you out anymore, or him cheating on you. A guy that really likes you wouldn’t make you feel insufficient, they should you treat you like the queen you are. If a guy is getting too comfortable in your relationship, it’s your job to speak up.

The next time you friend spends two hours trying to carefully word a text to send to her crush that has been going on for months with no sign of getting more serious, encourage her to leave. The less bullsh*t we take from boys, the more they are going to realize that they can’t treat us like a game. Remember, you are not an average girl, you are a once in a lifetime woman, and anyone who treats you less than that is not worth your time.