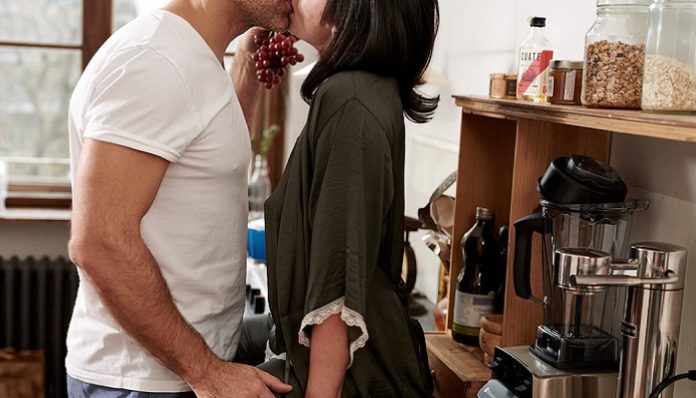 During your wild and precious life, you have to figure out what brings you joy. Often, though, that means giving something else up. Decades of research suggest that sex is one of those things. Many substances might lead you down a path of unfulfilling sex. To know why and how, keep reading.

Holly Whitaker, the founder of the sobriety support organization Tempest, writes in her book Quit Like A Woman that “alcohol is the only drug in the world where, when you stop taking it, you are seen as having a disease.” But why is it that alcoholics are the only ones experiencing the stigma of being sick? Just because the overwhelming majority of adults engage in drinking doesn’t make it a healthy choice.

Ironically, alcohol has been intricately woven into our culture of sex and romance. Bars and clubs are seen as places to meet partners, with conversations usually starting with a classic “Can I buy you a drink?” In reality, alcohol actually dampers our ability to feel and experience sensations. And what is sex if not feeling and experiencing ecstasy with your partner?

For men, drinking alcohol increases the production of a hormone called angiotensin linked to ED, which is the inability to get and sustain an erection. Alcohol also depresses your central nervous system, and this isn’t temporary. Sustained drinking can cause permanent damage down under. Drinking’s adverse effects are even worse for women. Vaginal wetness doesn’t come easily, and climaxing becomes more difficult, so sex is full of friction and doesn’t end with a strong pleasurable finish.

There is no shortage of reasons to quit drinking alcohol. But what better reason to quit than the fact it promotes ED and makes it harder for women to climax? It’s time to reconsider the notion that drinking alcohol makes you sexier or makes sex better. It doesn’t.

Marijuana can be an enjoyable de-stressor for some, but it’s not the best for your sex drive and any pre-existing issues of ED. Several studies have linked marijuana use to ED. A 2011 study published in The Journal of Sexual Medicine discovered that contrary to the belief that weed boosts sexual appetite and performance, it actually promotes ED.

The feeling of being ‘high’ produced by the THC in marijuana hijacks your body’s ability to function normally, including the penis. Studies suggest smoking marijuana can trigger ED by causing the penis’s muscle to malfunction. If you’re already prone to ED or have been struggling with this issue and you’re a marijuana smoker, you may want to put down the bowl for now. That way, you can see if the absence of marijuana positively affects your sex life.

Furthermore, achieving an orgasm might be more difficult when you’re a marijuana user. And if you need any more evidence to cut back or remove marijuana from your life entirely, men who smoke weed experience an enlargement of their breasts caused by a hormone imbalance, otherwise known as gynecomastia.

And as for you, coffee drinkers…

The coffee drinkers of America, and there are oh so many of us  can rest easy. Caffeine doesn’t appear to harm your sex drive in general. It also doesn’t worsen your ED. In fact, it may be true that coffee can increase stamina and decrease ED. Though it’s not recommended to go overboard on anything — and caffeine is very much included — it does appear that as far as things to cut out of your life to promote sexual health, coffee isn’t one of them.

Many men suffer from ED worldwide. If you are one of them, remember you’re not alone. You can take several actions to lessen the symptoms, including realistic penis sleeves that bring confidence back to you. These will also assure your lover’s satisfaction. Don’t let ED interfere with your sex life anymore. Take action today!