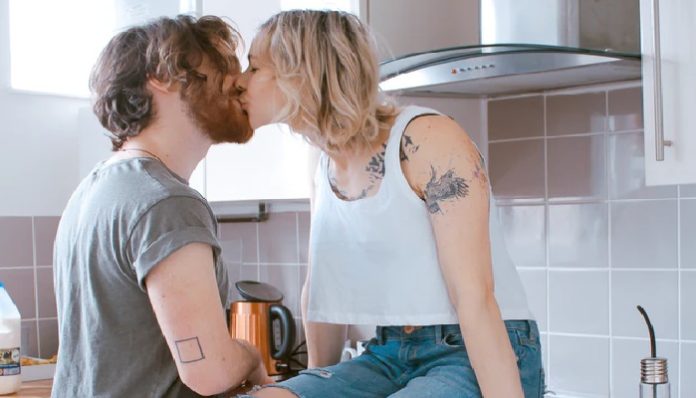 Dating in college is somewhat akin to wading into seemingly tame waters, only to realize that you’ve stumbled into a cesspool of confusion, anger, and regret. In short, it’s the hot mess that we were all hoping it wouldn’t be. In the midst of finding ourselves, balancing academics, and everything else that we’re supposed to do, we’re also saddled with this responsibility of doing the “right” thing when it comes to romance. But perhaps it’s time to accept that college is also a period for screwing up, especially when it comes to our hearts. We have to stop putting so much pressure on ourselves to find this picture perfect relationship and just go with it.

The first step: stop trying to convince ourselves that we NEED TO HAVE a “type.”

You probably think that I’m deranged for implying that we should lower our standards.But that’s actually not what I’m suggesting at all; I’m just saying that instead of trying to find our Mr./Mrs. Right, we should stop trying to plan our lives around another person. Isn’t love supposed to be spontaneous? There’s nothing magical about making a checklist of qualities and going after it like we’re at a Target checkout. Plus, having a “type” just doesn’t work out for the obvious reasons and not so obvious reasons.

1. People are never what they seem.

I’ve always had this really bad habit of building up people in my head. While some are prone to assuming the worst of others, I’ve always leaned towards the absolute best of them because I’m a delusional idiot like that. The unfortunate downside of that is that no one will ever live up to those impossible standards. So, I could either spend the rest of my life chasing some imaginary person, or I can learn to accept that everyone, myself included, comes with their own flaws and baggages. Just as I would never change myself for anyone else, I wouldn’t expect my person, whoever they are, to be anyone but themselves. The reality is that at some point or another, you’re going to realize that the person you met is not you thought they were. From there, you can either love them in spite of it or move on to something else. And if it’s the latter, then they weren’t the person for you anyways.

You’ve been talking to this person for a while. You approached them because they fit the criterias that you had made in your head. Physically attractive, into the same interests as you, wants the same number of kids. They possess all the personality traits that you’re “into.” You might be more into the idea of them than anything else, but you ignore that. You end up marrying them because it works; you’ve already settled for the laziest route possible.

You’re talking to this person and they’re in a middle of a sentence and you look over and you’re happy to see the way their whole face lights up. They’re nothing like you thought they would be; they’re a shot of lightning to your steady clap of thunder, they’re vastly into their own interests, and they’re everything that you weren’t expecting. You end up marrying them because they’re their own person and you wouldn’t want them to change that for anything.

3. Love beyond the flaws.

A key part to being in a relationship, I can only assume, is trust. While trust means something different to every couple, I would hope it also means that trusting your partner to love you for you. If you’re going into the relationship with prerequisites of who they’re supposed to be, you’re going to get disappointed. One day, you’re going to look up from the fantasy that you’ve crafted and realize that the reality isn’t nearly as rosy as you thought it would be. And whether or not it happens now or five years down the road, that’s a tough realization for anyone to face. On the other hand, the disappointment isn’t quite as shattering when you let go of those stupid checkmarks. Instead, it becomes a slowly stream of discovering and understanding your partner. You’ll run through rough patches of finding flaws that you don’t like, but it won’t be because you unfairly placed some expectation on them to be “your” person. When you lose the idea of having a type, you might find yourself enjoying dating a lot more.

I don’t think there will ever come a day when dating is all smooth sailing. Love is messy and complicated, and it’s worth fighting for only when it’s real.