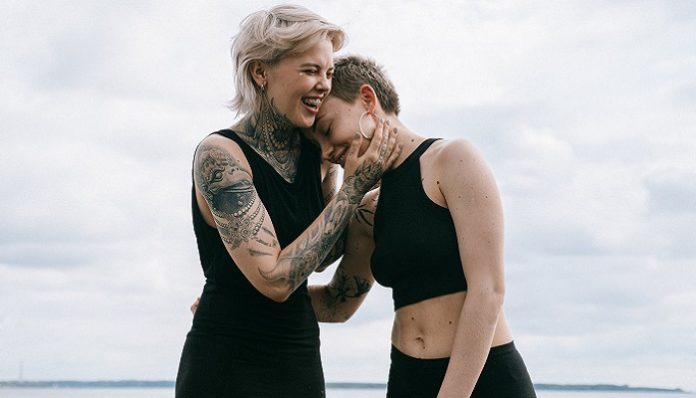 Over the past few weeks we can’t help but notice the overwhelming amount of confessions from victims of sexual harassment/assault. Some of them say a simple, “me too,” while others share their words of encouragement to fellow survivors who may be shamed.

And while there is an outpour of love and support many people, especially men, are wondering how exactly they can help show their support too, even if they can’t relate. Or even how to make themselves aware of these issues, because the number of women coming forward is absolutely shocking to see.

If you’re curious about different ways to support women but are unsure how, here are some examples:

By practicing the phrases, “that’s not cool,” or “that’s a horrible thing to say,” you have a response to say for when you’re listening to their story and are unsure of what to say. That way it doesn’t make them feel like a victim, shows your listening and that you understand what they’re going through in some sense.

If you’re at work, for example, and you notice that a woman is being silenced for her ideas or is having a hard time being heard, make a point of saying, “she has a point.” This is such a minor form of support but it can help tremendously, especially for their confidence.

Don’t use the b-word, sissy, slut or the c-word towards anyone, even your guy friends. If you’re going to insult someone, (because let’s be real we can’t always hold back) use a term that doesn’t have a gender-specific derogatory meaning. A-hole is my personal favourite because it isn’t gendered. When we eliminate those terms from our vocabulary it makes a difference in how we treat people.

Some women are in your face feminists and that might be very overwhelming or frustrating to listen to. I suggest looking into some feminist writers on social media so you can monitor what you allow yourself to learn from, and it gives a new point of view.

Like I mentioned above, it’s very frustrating at times conversing with a feminist because some can be far too much. If you can’t personally relate don’t speak, yet don’t deny that it doesn’t happen to people if you really aren’t sure. If you truly want to know if that person was telling the truth, just look up articles about that topic to educate yourself and have a consensus after that.

Just by offering your support or your ear to listen can make the world of a difference. You encourage someone to share just by being there to listen to them and show them they aren’t crazy and don’t have a reason to feel ashamed. It’s a brave thing to do.

It’s an honor to witness another impromptu moment in history where women are empowering each other and showing their support. This past year in particular has been very historical for women for a number of reasons, and to have this happen in a time of major setbacks in our movement, it’s inspiring and shows our dedication to making our voices heard. We won’t be silenced.

Why I Finally Believe That You Can Be ‘Just Friends’

How To Accept Your Parents For Who They Really Are