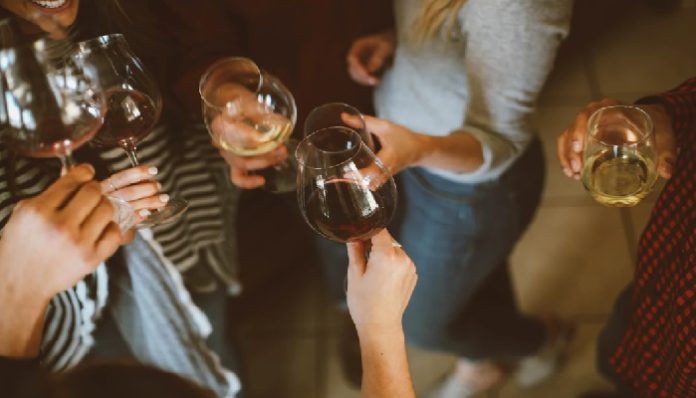 I, like most people, love a good house party. Going to the bars is fun and all, but I feel like nothing beats being surrounded by your friends, listening to your own music, and of course, playing drinking games. Anything from card games to solo cup games…pretty much all, except for one.

I hate it when you’re at a party having a great time and that one girl (we all know the one) shouts “OMG let’s play never have I ever!” ugh WHYYYY.   For those of you who don’t know the game, here’s a brief explanation:  Everyone sits around in a circle holding a drink (and sometimes holding up a preset amount of fingers). Then, taking turns going around the circle, everyone says something they’ve never done. Anyone who has done that outrageous thing has to either take a drink from their cup or put one of their fingers down. This keeps going either until somebody is done their drink, or until somebody has no more fingers left.   If you haven’t played it, you’re probably thinking “What’s the big deal? This seems like an awesome way to get to know each other.”

I’d like to challenge anyone who’s ever played this game and claims that it doesn’t turn into a sexual questionnaire. If you’re like most of the people that I’ve met, everyone starts listing sexual exploits that they know for a fact somebody else in the circle has done. Sometimes even blatantly specific things.. which just makes it obvious that they’re targeting somebody! If the person refuses to admit it, that’s usually followed with an “omg don’t lie!” On the flip side, if somebody hasn’t done any of the things listed, they are usually seen as a prude.

Why is that we sit around in a circle and slut shame each other and then try to call it a game? Never Have I Ever literally thrives on embarrassing somebody, or everybody, for something that they’ve done. Sure you may be very very best friends with the people you’re poking fun at, but trying to call somebody out for something sexual that they’ve experienced is never not slut shaming.

If you want to laugh and joke about something hilarious that happened to you in bed, or you want to ask a friend about advice on something that you might want to try, then grab a bottle of wine and have a heart to heart. Don’t force your friends to admit to their sexual past in the hopes of embarrassing them publicly.

If you want to know just ask! If she’s ready to spill all the details, I’m sure she’ll be more willing if you approach it supportively instead of shamefully.

Us girls need to stick together!

We should be supporting each other and celebrating our sexuality without feeling ashamed. Heart to hearts are more fun than Never Have I Ever anyways.. Friends don’t let friends slut shame.

What If Losing Everything Was The Best Thing To Ever Happen...