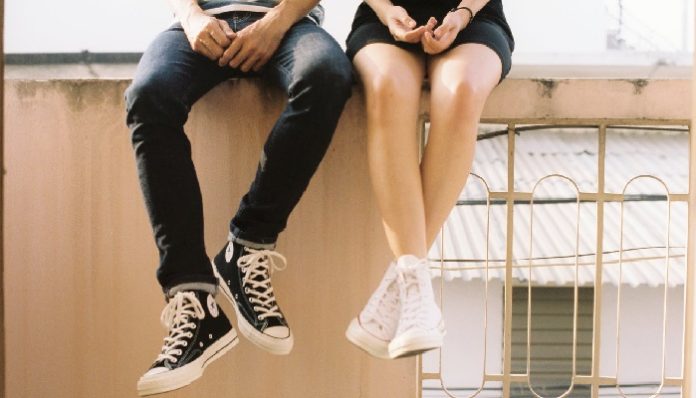 I would say that I have more guy friends than girl friends. As cliché as it is of a girl to say that, it’s true. I love my girl friends, but we often clash as we have similar complaints and needs. So, I think it’s better this way. Whenever my parents ask where I’m going, and I mention a male friend, my dad always, always asks if it’s a person of interest. “Do you like this guy?” He’d say, in an attempt to learn more about my love life. In response I make the same twisted face I always do, and reply, “God no, we’re just friends!” He then lectures me briefly about the idea that men and women can never be just friends, which is a whole other issue in itself. Not to mention he’s very old-fashioned and set in his ways. His reasoning behind this is that if you spend enough time together, things could change, and best friends usually spend a lot of time together.

Personally, I choose to avoid this reasoning. I’m happy to be so close to guys. I can get diverse opinions on things, and cut down on the gossip and drama; all that good stuff. They’re a lot of fun to hang out with, and a lot of times, it’s less awkward. It’s just, this underlying lecture of my dad’s has always been stuck in the back of my mind, just in case he ever turned out to be right. And as I grow older, I’ve come to learn that in some way,

Boys that I thought were my friends gradually stopped replying to my texts, and even hanging out with me once I started dating someone else. I didn’t know what the big deal was, considering we were just friends, but when I think back to what my dad said, it kind of makes sense. I thought it wasn’t a problem, but clearly they thought otherwise. At first I thought they were jealous that I was spending more time with my boyfriend than my friends, but when they stopped talking to me all together, I realized they could’ve been jealous for other reasons. Maybe they had other plans for our future as friends, but now those plans are ruined due to this new relationship that they weren’t apart of.

That’s not to say that there aren’t some exceptions. I do have a group of guy friends who I love dearly and who I know consider me important to them. I know they wouldn’t stop talking to me just because I’m with someone else. They’re typically flirty with lots of girls, so I don’t see it as them coming onto me. This just means that they’re my real friends and wouldn’t ditch me for such a dumb reason as getting a boyfriend.

By now, I don’t think I can even name the amount of times that I have lost guy friends over having a boyfriend. They assume I won’t notice because I’m so involved in a new relationship, but of course I notice. I always do. And I always thought they’d stick with me through thick and thin, or that they’d be happy for me no matter what. Clearly, this is not the case. That doesn’t even happen in movies. In fact, in most romantic movies, there’s a hometown childhood best friend that’s always hoping to reconnect, more often than not as more than friends.

And that’s just it. It’s the f*cked up reality of losing important people over getting into a new relationship. They will no longer like your Instagram posts, or cute flipagrams with hundreds of pictures of your new boyfriend. They don’t care to know about your love life, or if you guys are happy together. You thought they’d be excited you’ve found someone who makes you happy, and that they’d always be there for you. Well, you know what? They were never genuinely there for you in the first place, and you’re so much better off.