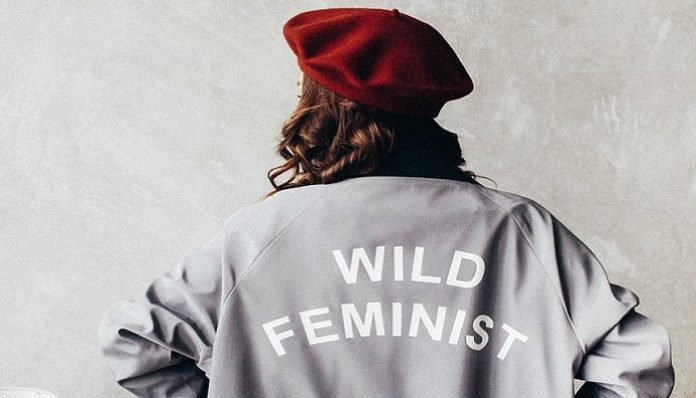 Feminism is undoubtedly one of the most controversial topics of our time. You see it everywhere you turn; social media, in class, and in everyday life. If you don’t know what feminism stands for, let me clear it up for you. Feminism advocates for equal treatment to women AND men in political, social and economic grounds. It’s an inescapable topic but I was curious to see why most men don’t like to be labeled as a feminist. I asked some of my friends (both male and female) what they thought and here’s the top responses:

Personally, I’m not one to find an over-masculine guy attractive. Men shouldn’t have to be afraid to show a more sensitive side to themselves but society has told them differently.

This comment honestly got me a bit annoyed. I probably would have been more satisfied if this person had just told me he didn’t know enough about the topic to give a good response. I found that a lot of college guys and maybe guys older than college age just don’t know what feminism is really about.

I loved this comment for multiple reasons. I love that this person said that a lot of men don’t realize that we need feminism. Without feminism we would be living in a world where men rule everything and women are in the background be stereotyped into only being good for making sandwiches and cleaning the house. At a time that did exist but now we’re finally coming into change.

Feminism has never been about women getting better treatment than men. I hear about these young female celebrities claiming they aren’t feminists and then I ask myself why not? Who wouldn’t want to support the equal treatment of men and women?

Something that bothers me is that when guys sleep with a lot of people they’re labeled as gods. When women do the same thing, they’re automatically labeled sluts. Women aren’t just objects you get to label as sluts when men get glorified for the same thing.

I like that this person brought up social media. All over the internet we see things about how feminists are crazy and feminism is a bad thing. Social media started this stereotype and it’s most likely going to be the thing to turn people’s minds in the other direction.

As you can see, a majority of the responses involve stating that men don’t really know what feminism is. I honestly really liked a lot of these comments and only one of them got me a bit miffed. What it comes down to is that not just college students but everyone should be more educated on what feminism is and why we need it. Of course, everyone is free to have their own opinion but why wouldn’t you want equality for women? It by no means points to women getting treated better than men. All we want is equality and that’s what we’ll get.