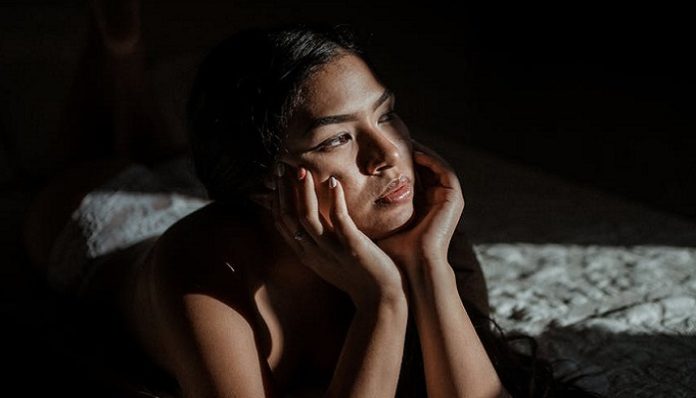 I’ve only recently become acquainted with the term ‘ghosting,’ and I don’t know whether that’s the same for the rest of you or whether I’m severely behind on dating terminology. Regardless, I have come to realize that in the past I have been both ghosted and the ghost. I’d like to say at this point that I am not writing this article to promote ghosting nor do I encourage it, because (I’m sure I speak on behalf of all those who have been ghosted) it is not a decent way to treat somebody else. I only resort to ghosting others when I have exhausted every other way of excusing myself from a relationship.

Until you have been ghosted, you won’t really understand how much it sucks. To have someone one minute and not the next is pretty hard to comprehend. It’s like they’ve died – hence the term ‘ghost.’ I have been ghosted on countless occasions and not only is it insulting and hurtful, but it is also infuriating. What is wrong with a simple “I’m sorry, I just don’t think this is going to work?” Nothing! Nothing is wrong with it, but guys (and girls) these days just don’t have the balls to say it. People would sooner disappear from your life as if they never existed in it in the first place and you just have to deal with it.

But as I mentioned earlier, I, too, have been the ghost – and not a proud one at that. The first time I ghosted someone was – in fairness to myself – out of pure necessity. I dated a guy for three months but after I broke up with him, he just wouldn’t leave me alone. Even though I had made numerous attempts to remain on friendly terms with him, he kept guilt-tripping me back into a relationship. This went on for months and then one day I snapped. I stopped replying to him, blocked his number, his Facebook, his Instagram – you name it. After that, I guess he finally got the message. I felt bad that I had to take such drastic measures to end things but I had no other choice. While I am not justifying my actions that probably caused him a whole array of negative emotions, I feel that it is important to stress that not everyone ghosts simply because they’re a dick.

The second time I ghosted someone was on the evening of the first date I had with him. He was from New York and from his Tinder profile – yes, Tinder… – he seemed like a hot musician with a great sense of style, touring the world, and enjoying his rise to success in the music industry. But when I met him, I was confronted with a sweaty, tobacco-smelling, sweatpants-wearing, heavy-metal lover, and I couldn’t have been more disappointed. What’s more he didn’t seem to be able to look at my face for longer than five seconds without staring at my boobs. After the date, I hurried home and blocked his number. Just like that, I removed myself from someone else’s life with such ease and fluidity, it was almost frightening. Admittedly, I did feel pretty guilty for ghosting the New Yorker, because despite his unkempt appearance and excessive ogling, he was nice enough and had asked to see me again. However, he was set to fly back home to Staten Island in three days and wasn’t supposed to return for another month and then after that he had several concerts booked all over Europe and in the states. So, in my eyes, going on a second date seemed kind of pointless considering I don’t do well with long-distance relationships. It was only one date so what harm would ghosting him do? Probably a lot, as he seemed really into me. It was a really thoughtless move on my part and I feel guilty having done so.

Ghosting isn’t the easy way out, it’s the coward’s way out. Drawing on my own experiences of being ghosted, I’ve made a vow not to do it again to somebody else, because it’s not fair and it is not a case of being cruel to be kind. Ghosting is harsh, period. And if I can impart any wisdom from my experience as the ghost and the ghosted, just have the courage to tell someone that you don’t want to see them again, and walk away feeling a little lighter- just not too light, otherwise you’ve probably just been the ghost.