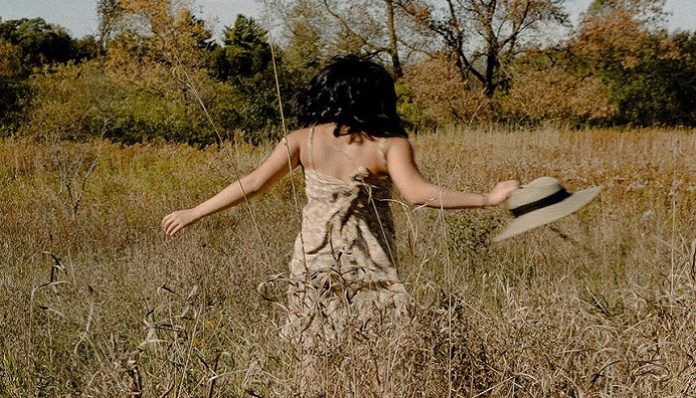 Do you remember Miley’s “7 Things”? She wrote the song on the sly about her ex-bae Nick Jonas, but everybody knew exactly who she was talking about. We all have a personal version of that song. More than likely it’s about your ex, but sometimes, it’s about ourselves. There are things that we love about our lives and there are things that we hate. For an inexplicable reason, the things we hate tend to overshadow the things we love and that mindset keeps us tied down to a place we don’t want to be. We all have obstacles that we have to face, but here are 7 things you’ve probably let hold you back in the past and it needs to stop:

At some point, we’ve all declared that “we want more out of life” or that “we want to be better than this”. We all know what it’s like to be stuck in a rut. You aren’t quite sure how to go forward and going backwards is not an option. The sad part is that a lot of us will stay in life limbo. We may try once or twice, but as soon as the struggle gets a little uncomfortable – we pull back and say, “I guess it wasn’t meant to be.”

Fear is the root of complacency. Being afraid to fail is equivalent to being afraid to succeed. No one in history has ever achieved greatness without encountering setbacks. We’re so scared to do the wrong thing that we never do anything at all. I know you’ve seen A Cinderella Story…that fear of striking out can cost you so much more than you think. You’re human. You will make mistakes. Don’t be afraid of them, but be determined to learn from them in the aftermath.

Negativity is the schoolyard bully that you’ve never been able to get rid of. You are what you say you are. If you constantly declare that you’re worthless and invisible, you start to believe it. Change how you think about yourself. Everyone has flaws. In the pursuit of happiness, you’re going to need that positivity. Be kind to yourself.

Misery loves company. We all have that friend who can magically bring the mood down with one sentence. They don’t do anything but complain about how life isn’t fair. They are also the ones who’ll shoot down your ideas and call it “being realistic.” If you’ve ever said that to someone, you should retroactively punch yourself in the face. Being practical is an important part of growing up, but being an angsty dream-crusher is not.

Laziness is a problem. Procrastination is basically a personality trait for some individuals. Unfortunately, life has no qualms about passing you by. We waste days of our lives being lazy and then have the audacity to complain that we aren’t where we want to be. Just get up and freakin’ go for it. Stop telling yourself that you’ll do something tomorrow.

Settling is what we do to rationalize our unhappiness. Your comfort zone is your worst enemy. We’re told that financial security is more important than being miserable for the rest of our lives. This is not true. Don’t allow a temporary job become your career if that isn’t what you want. If you dislike where you are, then change it.

Risk is not something you like to take. You don’t like to put your well-being up for a gamble. You want to know that you’re going to be okay, but uncertainty is a part of success. Sometimes, you just have to go for something without knowing how it’ll turn out. If you always have a safety net, you’ll never actually work hard enough to go the distance.

Envy is a wasted emotion. We lose so much time looking at the perfect life others have crafted for themselves on the internet. It’s useless to be jealous of someone’s status about getting their dream job or falling in love or those perfect Instagram snapshots that capture an incredible moment in their lives. You don’t know how they got there and what obstacles they encountered along the way. Stop complaining about how they got their storybook life and go get your own snapshots.

Let me unleash some hard truths for a second. The life you imagine for yourself probably isn’t within anyone’s power to obtain. But, if you work hard, you’ll be closer to that life than you were before. You can have something better, but it won’t fall into your lap. It takes risk. That journey will challenge you personally, professionally, and financially. Sometimes, it will pay off and other times, you will fall flat on your face. Trying for something better is still progress.

Stop letting your personal “7 Things” play on repeat in the background. At some point, we all need to strive for something great.