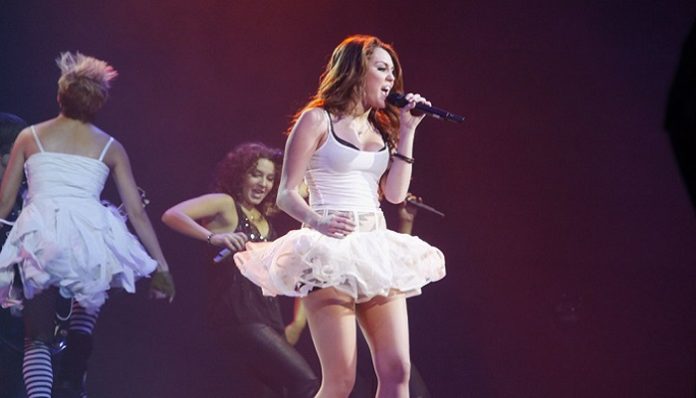 UPDATE: This piece has been heavily debated and a true point of controversy. The title has been altered because our team felt it was misleading toward the purpose of the writing. I would like to take a moment to clarify some details and apologize to anyone who may have been offended by this content. I sincerely apologize for anything that was understood in a way that appeared to put down the issue of body dysmorphia. In no way would I ever intend to shed negative light on any mental illness, or make accusations about the validity of these diseases. My main objective with this piece was to note the way in which our media and celebrity culture tends to shift the blame of issues and create a “story” or “excuse” for problems that many of us face. Celebrities should be focusing on positive advocation and defining what these issues really mean, instead of pushing blame onto other outlets or companies. We have created powerful roles within popular culture for them to use wisely, and I believe these figures should be speaking in a way that promotes positive acceptance and education. Thank you for your interest, and thank you for the conversations that have been had; it is here that the true potential of our voices are heard. I truly have read every comment with an open mind and hope that you can see my intentions were not to harm. If this has been triggering at all, you have my deepest regret.

As you probably have read in the headlines, Miley Cyrus has recently cried out to the public about how Disney Channel ruined her image of herself. Because, well, the most confident, outspoken, and in-your-face celebrity of our generation, could use a little bit of a ego rub.

To fill you in, Miley has blamed her years of work with the Disney network in an interview for Marie Claire, for causing her body dysmorphia. Body dysmorphia is, by definition, something that causes people to imagine defects with themselves. Hannah, as Miley quotes, “made me look like somebody that I wasn’t.” She also states that “From the time I was 11, it was ‘you’re a pop star! That means you have to be blonde, and you have to put on some glittery tight thing’ meanwhile, I was this fragile little girl playing a 16-year-old in a wig and a ton of makeup.”

I’m sorry Miley, but these magazine headlines, and interview quotes, just don’t have me sold. If being a pop star growing up was defined unfairly as wearing glitter, and being blonde, why do you still do it?

Welcome to the entertainment industry, Ms. Cyrus. I know you’ll have a long stay.

Celebrity culture is pretty effed up as it is, and I think we can all concur with that. We’re well aware of the pathetic way we worship people for the sake of having something on our TV screens and smartphones, but we continue doing it. We obsess over ‘public figures’ and dehumanize them until they become public goods. It feeds our media addictions, and you are the one cashing in.

You say that Hannah Montana was all a mistake? Well, everybody makes mistakes, but Disney had nothing to do with yours. These remarks about taking “a fragile little girl” and having her play somebody she’s not are incorrect, and I think you know that. Miley, the Hannah version, truly did show fragile, teenage girls, that they weren’t alone. That even pop-stars can be naïve, heartbroken, sad, and looking for ways to survive high school. That girl made us all laugh and aspire to dream big. You ‘played’ yourself in many lights, were a great role model, and spoke out about important, everyday topics. If you can’t agree with that, at least agree with the fact that you chose to become an actress. There is no denying that acting, means playing a role, and being someone you’re not from time to time.

You chose that spotlight, and you’re influential to many girls consequently. I have no doubts that you suffered with personal struggles, but don’t push the blame onto the cruel Disney machine. These are your problems now, not Hannah’s. You know the power of the media; you are a slave to it. I believe in so many of the wonderful things you do for humanity, but I don’t support the excuses and fingers you’re pointing at others for being the way you are.

Grab yourself a mirror and an old photograph. You may be confused with where things changed, and honestly, so are we. We don’t understand who you are or what you’re really advocating anymore. I get the feeling you don’t either. The best advice I can give you is to find the grace in that young, fragile 16 year old pop star, and don’t throw her under the bus for the important lessons she taught millions of teens.

You profited and matured as a person well after the time that Disney cut the show, and I do remember you desperately begging Disney to give you the role in the first place, despite their hesitation. Don’t turn your back on people that brought you to where you are, and for the sake of people suffering from illnesses, in war zones, and living with poverty? Stop playing the victim, and leave the spotlight open for those who deserve it.