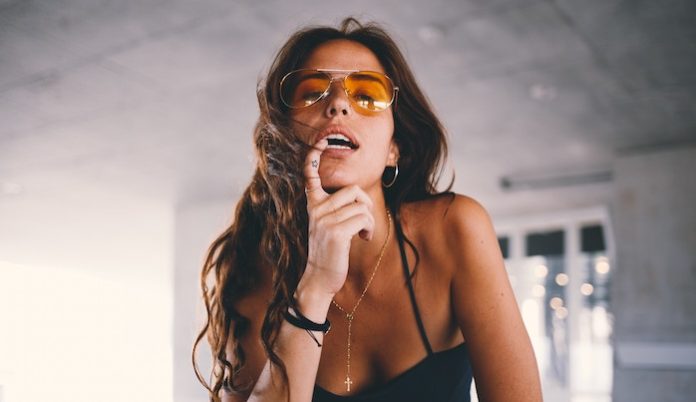 “Next year, I expect you to have a boyfriend.” The lyricism in her voice was still evident, but my typically jovial aunt was undeniably serious.

She had overheard my all-too-conspicuous laughter from the next room over, just as my sister and I were debating the attributes of the “perfect guy,” and she popped into my grandparents’ studio to inform me that my standards for my future partner (muscular, at least 6 feet tall, dark, handsome, kind, intelligent, caring, cat-loving, great cook, attorney) were – like every other expectation I’ve held for my life – impossibly high.

I soon realized, however, based on her expectation that I would kindle a relationship within a year, that she had hope for my nonexistent love life.

Hope that I lacked.

Despite my aunt’s fervent belief that I could find a relationship within a year, three years later, I still have never been in a relationship. I’m 22 years old and undeniably single.

Over the years, excuse after excuse for my perpetual singlehood has escaped my lips. “I’m too busy for a relationship.” “I need to focus on school.” “I haven’t found the right guy.” “I’m unemployed, for crying out loud!” “Where the heck am I supposed to meet a nice guy?” But the simple excuses defending my blissful, breezy, single-20-something life shroud the undeniable reality.

My relationship status may be “forever single,” but as for my motivation to remain single, it’s complicated.

I’ve spent years awash in a plethora of self-esteem and identity issues and consequently, have long felt unworthy of being in a loving relationship. I’ve never perceived myself to be the “pretty” girl, the beautiful woman whose warm, outgoing personality can capture any man’s heart.  My fraught relationship with my body, my height, my weight, my body type, and especially my disability, has consumed me for years.  Internalized ableism nearly suffocated my hope of a fulfilling relationship. Relationships are “supposed” to be for able-bodied people, not the girl with cerebral palsy, surgical scars, and uneven legs.

And the conundrum of my deeply-entrenched, faulty self-image and sparse self-esteem barely scrapes the surface of my crippling reluctance to enter a relationship.

There’s the bullying that occurred nearly every day for four years in junior high and high school, from a boy I’ve since tried but failed to forget. A boy who has etched deep scars on my heart.  In front of our entire physics class, he asked me to Homecoming as a joke, valiantly attempting to suppress his own laughter while I fought back tears as my worst nightmare became my reality. In that moment, I understood that, in the game of high school romance, I was little more than a pawn, a joker reduced to occupying a highly unfavorable position, the class laughingstock.

There’s the night that still haunts me five years later. The night that left me feeling objectified, violated, and ashamed. The night a boy from another school began grinding on me without my consent, provoking a flood of self-accusation.  Was my skirt too short?  Had I inadvertently consented by not saying “no” before he danced away? Was I complicit in his crime, a willing accomplice to his unforeseen touch?

My fractured image of boys has evolved into a shattered faith in men. Consequently, I am terrified of vulnerability, both physically and emotionally. I am afraid to tell a prospective partner that I write about heartache and loss, self-disclosure and self-love. I agonize over the moment I reveal I have cerebral palsy, what if he accuses me of breaking his trust?  What if he no longer accepts me? I am terrified that innocent kisses will devolve into touches, gradually snatching away my sense of bodily ownership.  I fear that once a potential partner has come to know me, truly know me, he will leave, or worse, I will become trapped in a cycle of abuse, too afraid to leave. I have avoided seeking a relationship out of pure, unadulterated fear, the lifelong terror that a man will see me, bare, raw, unfiltered, and, on account of my vulnerability, will unremorsefully break my heart.

I often wonder if I will ever truly be ready for a relationship.  A healthy, loving relationship built on honesty, vulnerability, and trust. But I am working to make peace with my difficult past. I continually foster self-acceptance. I no longer criticize my appearance. I fully understand that, on that long-ago night, I was not “asking for it” and that our patriarchal society, rather than the length of my skirt, is to blame for men’s pervasive sense of entitlement. I don’t deserve what was said to me. I don’t deserve what was done to me. I deserve happiness.  I deserve fulfillment. I deserve love.

Photo by Nicholas Green on Unsplash