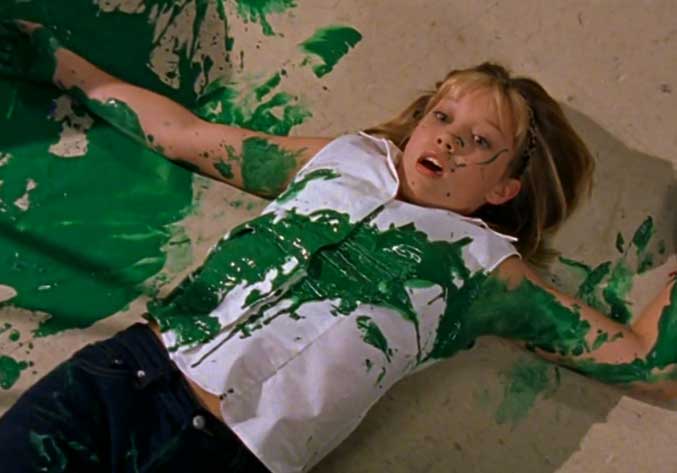 You probably have an embarrassing story about that time you tripped on campus and everyone saw. Most people do. But some of us take it one step further. For those of us unfortunate enough to fall under the distinction of “klutzy”, everyday tasks are a hazard. Between tripping over your own feet to spilling things all over yourself, you’re basically a walking disaster. Here are some of the things you know to be true as “the klutzy girl”:

1. Your klutzy reputation follows you around.

“I pulled an Aliza today,” is a legitimate statement that people tell me regularly. People also inform me that they are “turning into me” when they’ve done something klutzy.

2. You no longer embarrass easily.

I once knocked over my metal water bottle in a lecture, causing it to very, very loudly roll down the entire lecture hall. Embarrassment? Yeah, I’ve gotten used to it.

3. You have actually fallen off a piece of exercise equipment.

This one time I fell off a stairmaster. The incident included tangled headphones, a flying phone, and a missing shoe.

4. You have to invest in a really good phone case.

Shoutout to Tech 21 for keeping my phone alive. You’re the real MVP.

5. You walk into things more often than you’re proud to admit.

Things I’ve walked into: stop signs, other people, my cat, the door as I’m opening or closing it, chairs, tables, the corner of counters, the list goes on. This is likely where all the random bruises come from.

6. Your friends know better than to throw things at you for you to catch.

My attempts at catching things mostly involve a flailing arm and a spastic midair battle with whatever was thrown at me. Additionally, when someone who doesn’t know you very well tries to throw something to you, you experience a brief moment of very real panic. Don’t they understand?!

7. Similarly, you know not to throw things at people for them to catch.

8. Graduation was terrifying because you were sure you were going to trip on that stage.

I probably spent a good month working on a contingency plan in the likely even that I tripped while getting my diploma. In the end, I didn’t end up tripping. It was a small miracle.

As in, multiple times per week.

10. Your feet are your own worst enemy.

I trip over my own feet at least twice a day, if not more. Feet are really just built-in hazards, am I right??

11. You have gotten really, really good at laughing at yourself.

You don’t trip, fall, drop things, spill things, etc. in public on a regular basis and not acquire this skill.

12. You have food/drink on yourself – all the time.

I guess I never grew out of the inability to not spill stuff all over myself. Carrying hot things such as soup is legitimately frightening because you never know when you are going to klutz out and scald yourself with your unassuming bowl of deliciousness.

So there you have it – a look into the life of the klutzy, the uncoordinated, and the non-graceful. We may not always catch things or stay vertical at all times, but I can guarantee we’ll provide you with a good laugh!

Why Your Long-Distance Friendships Are The Most Special Ones