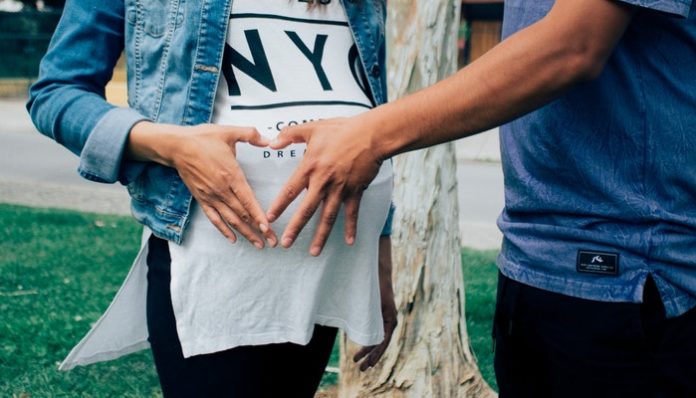 Everyone has opinions about everything, especially during pregnancy. If you’re entering your second or third trimester, chances are you’ve already received tons of unsolicited advice and rude comments about your pregnancy and parenting plans.

While you probably just tell yourself to grin and bear it, you don’t actually have to put up with rude comments at all by following this expert advice.

Sometimes we think ignoring rude comments or inappropriate behavior is the best response. However, this doesn’t prevent the comments or behaviors from reoccurring because the person behind the comments doesn’t realize how rude they’re actually being.

Instead of ignoring the person or laughing the comment off, the team at Baby Center actually recommends a more direct response. For example, if someone comments on your size, you can tell them that their comment hurts your feelings. Or you can say, “My doctor isn’t concerned about it, so I’m not either.”

In many cases, people don’t think about how problematic their comment really was until you bring it to their attention.

By sharing your thoughts and feelings directly, you can help yourself and the other person.

If you don’t feel comfortable with being direct in certain situations, that’s okay. Just make sure you don’t let the rude comments go completely unchecked. In an article for Parents Magazine, several professionals suggested canned, generic responses that drive the point home without putting you completely out of your comfort zone.

When comments get rude or questions become too intrusive, you can simply say, “I’m really not comfortable talking about this,” or “I don’t feel like now is the time to discuss this specific topic.” By standing your ground, you’ll still feel empowered — even if you don’t give the other person any detailed information.

While rude comments aren’t always avoidable, you can take certain measures to protect yourself from repeat incidents by setting boundaries.

You can make the decision to no longer speak to certain family members or friends about details of your pregnancy if their judgemental comments continue. You can also consciously avoid people who make you feel bad about yourself or constantly criticize you during your pregnancy.

While this may mean you have to skip out on some lunch outings with coworkers or choose to spend less time with your in-laws, these boundaries are necessary for your mental health, especially if your directness didn’t work.

Furthermore, an article in Pregnancy Magazine says it’s important to set boundaries with yourself too.

Instead of instantly absorbing every rude comment someone makes, take a moment to evaluate the comment and decide if it’s at all truthful.

In most cases, others’ comments aren’t helpful or even rational, so there’s no point in even entertaining them. Instead, let that negativity go and replace it with a more realistic view of yourself and your pregnancy.

Rude comments are never fun, but they’re extra difficult when they happen during your pregnancy. But through direct communication and boundary setting, you can remove the negativity from your life and focus on the positives that much more.