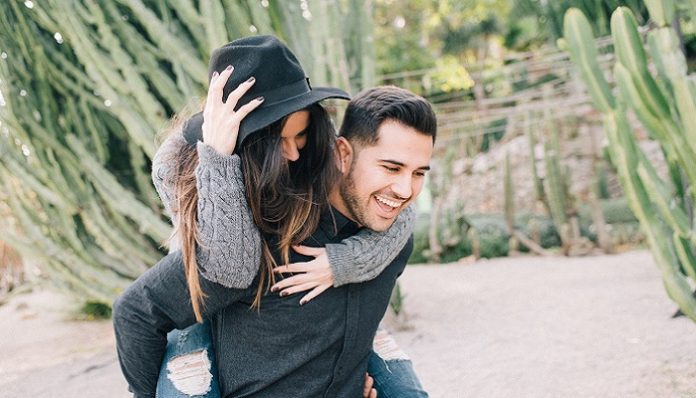 Over the summer while I was sitting in Dunkin’ Donuts waiting for my friend, one of the employees who is often working when I’m there approached me: “You’re the girl who’s always here when the Coolatta machine is broken, glad to see you finally got one!”

Dumbfounded, I laughed and replied, “Yeah, it must be a curse or something” and put my headphones back in, not to be rude, but just because I thought he was going to return to behind the counter, but instead he continued the conversation.

“What are you listening to?”, he asked.

“Oh just my summer playlist”, I responded, unsure of what to say, really.

He continued asking questions like, “What kind of music do you listen to?” to which I responded with, “Everything and anything.” He tried hard to keep the conversation going, but, as having been newly single, I wasn’t catching on to this. Finally, after a brief silence, he said, “Sooo…I’m gonna get back to work…It was nice talking to you. Hope to do it again sometime,” and slowly walked back to the counter. It wasn’t until a few hours later that it dawned on me, he wanted me to make the first move. He was a nice guy and all, despite my disinterest in pursuing anything with anyone at the time, but aside from all of that, I’m totally oblivious to all things (for lack of better word) “datey”.

If you know me personally, then you should already know that I never text first for fear of annoying someone, and you should know that I don’t make important phone calls, and that I have my friends place deliveries for food, and, last but most CERTAINLY not least, have to congratulate myself on the simple triumph of responding “here” when my professors take roll.

For my new, reader friends, let me tell you something about me that you probably don’t already know: I’m shy as f*ck.

So naturally, when it comes to dating, there is little to no change on that front. Most of the time my oblivion gets the best of me, but due to my shy nature, when I DO actually notice someone hitting on me, I pretend to still be clueless, because if I’m interested, I want them to make the first move.

It’s no secret that we’re used to the conformity that men should make the first move. I, too, am guilty of always sticking by this rule. However, after my strange coffee-related encounter, I realized something that changed my whole perspective on the norm of guys making the first move: I could be seriously missing out.

Am I just going to leave it up to men to catch on to my hints that I’m interested? I started to remember all of the times that there was NO date, due to the fact that neither me or the guy I was interested in made a move at all. What if he was also afraid to? What if I had made the first move? And then one day we lived happily ever after in a chateau in Paris with five german shepherds and a parrot that spoke French? Could I be missing out on all of this, simply because I was afraid to say, “Hey, I think you’re cute”? Perhaps if I had just gotten up the five seconds of courage I needed in order to ask one of my former romantic interests out on a date, then maybe, just maybe he would have said yes. And if not, if I could get past those five seconds of courage, then I could get past rejection.

So, I’m here to say: something that needs to be heard: Girls, GROW SOME BALLS (figuratively speaking, of course), make the first move. In turn, you’ll find that you have plenty to start a conversation with, even something as silly as the curse of the broken Coolatta machine.

How To Build The Perfect Portfolio For Your Creative Career

What 15 Straight Men Had To Say About Male Lingerie

To The Movies That Give You An Unrealistic Perception Of Romance