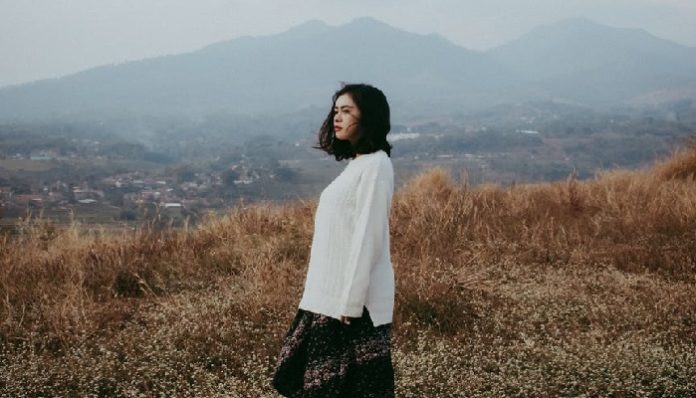 It was early May and I had thought about going on Tinder again. I had met one or two friends with the app, so I thought this would be like any other time. Chatting with people, getting a vibe for the ones that weren’t crazy, and then grabbing a milkshake or something. Easy as pie and I get food out of it!

I surprisingly matched with a handsome British guy. We started talking and I found him charming (of course). He asked if I wanted to hang out, and I absolutely did. Who wouldn’t? He told me he was at his house by himself and that there was a hot tub we could relax in. I told him I was really uncomfortable with being alone with him. He said he didn’t want to come to my side of town (which was 30-40 minutes away), since he had been drinking and didn’t want to drive. My curiosity got the best of me and I agreed to drive over to him. The moment I sent the text, I felt a twinge of fear. My gut was telling me that this was a bad idea. I thought maybe I was just nervous and I ignored it.

As I, pulled into the driveway, I had to double-check that I was at the right place. It was a beautiful, widely laid out home. I was definitely on the fancy, turn-up-your-nose-to-the-poor side of town now. I texted him and he came outside to greet me. He ushered me inside. I still couldn’t shake that bad vibe. I started to map my way through the house so, if I needed to, I could escape.

I had pepper spray and a box cutter with me JUST IN CASE.

I ended up staying over because we ended up drinking and fell asleep at four in the morning. The following afternoon, we went swimming and played a little (American) football. We kissed, had some conversations, and then I left.

The first two days were from a movie, but then came the dreaded day three. It was his last day in town before heading back to London. We laid out in the sun and talked. We later moved the “party” to the bedroom. We started messing around and things got heated. He wanted to have sex and I told him no, very clearly. He continued to press the matter of sex and I continued to tell him no. Eventually, he just went ahead and did it anyway. I was mortified! I had been clear with my decision to NOT have sex with him and he completely disregarded it. His charm instantly disappeared.

Before I could say anything, his hand gripped around my throat.

I started to panic and shouted, “What are you doing?!” to which he responded, “Some girls like that”. I wanted to scream and yell and fight back, but I was petrified. All I could do was close my eyes and put myself in another place. When he was finished he kissed me on the cheek and flopped onto his back. I rolled away from him and started to sob as quietly as I could. He got up and started getting ready for his flight. He took advantage of the trust he’d built up with me. I’d watched Law & Order: SVU since I was 12 years old and I never thought in a million years I would be one of those girls that had been raped.

I went to my close friend who was several years older than me and told her everything that happened. What she told me rattled my entire being; that it wasn’t rape. It was probably a misunderstanding or miscommunication because of our cultural differences according to her.

Do they just go around raping people in England?

Is that a thing in their culture? I’m pretty sure he spoke English and that he understood the word “no”. I was confused by what she had said. She was actually defending his actions, claiming it was a “miscommunication”. Not only was she defending him, she was invalidating the total violation of self-worth and dignity that he had thrust upon me. I also told my roommate; she said it was rape. I divdn’t like that answer either. Rape is such a taboo word, but when it actually applies to you, you feel ashamed and damaged. Saying it was rape would mean it would follow me in every relationship I’d ever be in, it would keep me up at night wondering what I did to deserve this.

He kept in touch with me on occasion, mainly drunk texts. One fine day, this monster had the audacity to tell me that he loved me and that he wanted to see me again. He was now invalidating what he did by making it seem like he was smitten with me. I told him I didn’t love him back because he forced himself on me and I couldn’t love someone who did that. He tried to guilt-trip me and told me he was going to pretend I didn’t exist.

Truthfully, I thought I had feelings for him. My palms would sweat, I’d stay up night after night, and I’d have this tight feeling in my chest. I reached out to him and actually grovelled. I thought I was the one to blame for all of it. I thought it was my fault that we weren’t together, that I had missed out on “love”. His heartless and short responses opened my eyes. It was not love. My feelings for him were of anger and anxiety! I built up the courage to call him out for being the dirtbag that he is. Finally, 11 months later, I am opening up to the fact that I was raped. I’m talking about it, facing the predator, and making him accountable for the label he etched into his future headstone; The Rapist.

It’s taken me a long time to get to this point of feel I can to recover and be undamaged. If there is anything I have learned from this experience, it is this: If you say no, and he has sex with you anyway, IT IS RAPE. No questions asked. I don’t care if you were wearing a sign that said “F*CK ME”, if you say “No”, THAT MEANS NO! You’re not asking for it.

I have never met a woman who has asked to be raped.

If you have been a victim of rape or sexual abuse, you are not alone. Please seek refuge from the sh*t storm that predator created for you. I believe in you. From one survivor to another, you can overcome this. Take a stand and believe that you are not worthless, it is not your fault, and you are not damaged.